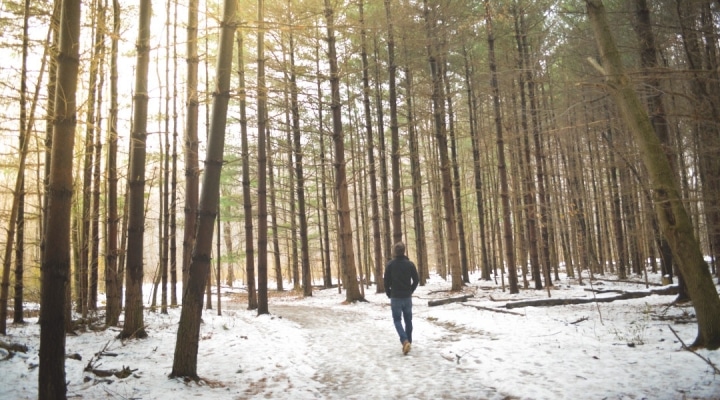 "...it’s still March and there’s a lot of snow on the ground. Trees are mostly dormant and that’s good. They’re hunkered down. Or are they?..." says NDSU Extension forester Joe Zeleznik. (Hannah Donze/Unsplash)

The days are getting longer, and at spring equinox, daylength is increasing at its fastest.

But it’s still winter. We’re going to get more snow and there will still be days that have below-zero temperatures.

Yet I can’t help but be optimistic. By the end of April, and maybe even sooner, new life will burst forth from the trees, shrubs and other plant life. The world will become greener.

For now, though, it’s still March and there’s a lot of snow on the ground. Trees are mostly dormant and that’s good. They’re hunkered down. Or are they?

One of the challenges for trees in the northern Great Plains is the extreme variability in our weather. I’ve seen the earliest fall frost occur in August and 60-degree temperatures occur in February. Those situations are extremely hard on trees, especially non-natives.

In March 2021, the temperature swings were huge. Daily highs were in the 50s and 60s. Sometimes the nights were below freezing while other nights were relatively warm.

These massive temperature swings are common in February and March. I call it “the mid-winter fake out.” Temperatures go up and we celebrate. Temperatures fall and we’re saddened.

How do the trees deal with it? As always, it depends.

Our native trees – the ash, bur oaks, boxelders and others – generally do just fine. They’re not fooled by these false signals and they stay dormant.

Sometimes, though, the non-native ornamentals are misled and will break dormancy and start growing. And that’s their downfall. When temperatures fall back to normal, these trees can’t re-harden quickly enough and they get damaged.

We saw this in 2021, especially with birch trees. Throughout the state, ornamental birch trees had a lot of dieback, and there was nothing we could do about it.

That’s the old joke – everyone complains about the weather, but nobody does anything about it.

Is there anything we can do for trees at this time of year? Absolutely!

March is a great time to prune trees for a number of reasons.

First, the trees are dormant. That also means that the insects and fungi that might cause problems are also dormant, so they won’t infest the fresh pruning wounds.

Second, it’s easier to choose which branches to remove and which to keep because there are no leaves on the trees. Decision-making is a lot easier.

And finally, it’s a great time to just get out of the house! I don’t know about you, but I’ve been cooped up all winter, and the only exercise I’ve gotten this year has been snow removal.

For people, it’s time to get out and enjoy the changes that have begun.

For the trees, they need to stay hunkered down. To them I say, beware the Ides of March!