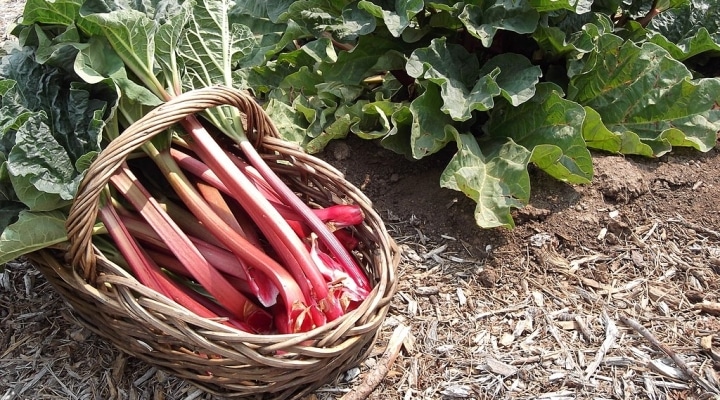 FARGO, N.D. — I have to admit that I get a little sentimental every time I think about rhubarb because it reminds me of my grandmother. She wasn’t necessarily the best of bakers but she did make a mean rhubarb cake.

Others in this region may have similar childhood memories and greatly value this spring crop as evidenced by the number of questions that NDSU Extension receives. The phones ring in Extension offices across the region particularly when a late-spring frost damages the rhubarb. The number one question is whether frozen rhubarb is toxic.

Before we can answer that question, we have to first talk about the leaves. Most people know that rhubarb leaves are toxic. The leaves contain oxalic acid which can damage kidney function. During World War I, rhubarb leaves were consumed as a vegetable substitute with dire consequences. The scientific literature documented poisonings and even deaths.

More recently, a debate has emerged as to how toxic the leaves are based on their oxalic acid levels. Some sources say that a large amount of leaves would have to be consumed to be fatal on account of oxalic acid. However, recent scientific studies show the presence of other compounds such as anthraquinone glycosides that may contribute to the toxicity of the leaves.

Rhubarb stems (petioles) which resemble celery stalks are the edible portion of the plant because they contain only trace amounts of toxic compounds. The stems are processed into delicious pies and cakes like my grandmother made.

The problem is during late-spring frosts. A hard freeze is widely believed to cause the movement of toxic compounds from the leaves into the stems. Consequently, people are concerned about harvesting rhubarb after a hard freeze.

To compound the complexity, universities across the region give conflicting advice on the risk of consuming frost-damaged stems.

When faced with conflicting advice, the first course of action is to look for peer-reviewed scientific research to settle the question. Unfortunately, I could not find any scientific studies to confirm or disprove this belief.

In the face of ambiguity, the better course of action is to use common sense. A hard freeze causes unmistakable damage to the plant and renders it inedible. Nobody wants to bake with mushy, frozen stems. Bakers want to use good quality ingredients.

To be on the safe side, wait 2 or 3 days after a hard frost and thoroughly inspect the plant. Dispose of mushy stems. If the leaves show browning, wilting or other damage, discard the entire stem. The freeze-damaged stems may be incorporated into the compost pile without any safety concerns.

Fortunately, rhubarb is a tough perennial and will recover from a late-spring freeze. The new growth will be just fine.

For more information about gardening, contact your local NDSU Extension agent. Find the Extension office for your county at https://www.ndsu.edu/agriculture/extension/county-extension-offices.