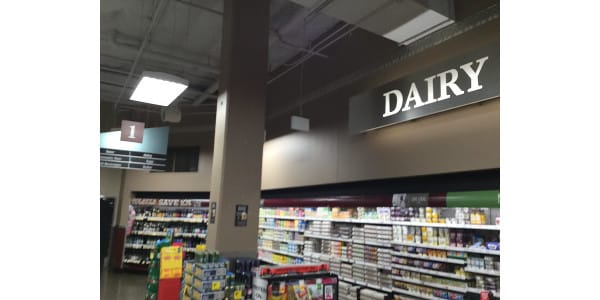 Butter, cheese and powder markets have seen the pressure grow as the uncertainty and fear have expanded recently. (Northwest Retail via Flickr)

PRIMGHAR, Iowa — Global markets are being rocked by coronavirus (known as COVID-19) and the dairy markets are no exception. The combination of broad-based market fears and current market impacts have taken a big toll. One of the functions of futures markets is to anticipate the worst and, not surprisingly, futures markets have taken the biggest hit. Butter, cheese and powder markets have seen the pressure grow as the uncertainty and fear have expanded recently.

While the CME showered red ink in the dairy complex this past week, a minor recovery on Friday helped to slow the bleeding, it was still much smaller than the initial retreat. Most Class III futures contracts settled 30 to 60 cents lower than last Friday. Class IV losses were even more dramatic. Over the past month, February through December Class III futures have given up 92 cents per cwt on average, while Class IV futures plummeted $1.70.

The situation with COVID-19 is another example of a “black swan” – rare, unforeseen events that have sudden, unexpected and dramatic impacts on markets. The current situation is not a single event; is still developing; and will end over a period of time at some point in the future. Clearly, the uncertainty has not peaked yet and the best we can hope for, from a market perspective, is that there will come a time when it appears the worst is over, and we can see a path to a lengthy recovery in markets. It seems unlikely that any definitive news is forthcoming, certainly not in the next few weeks, which would allow markets to bounce back with any confidence.

However, this is not happening in a vacuum. Markets had some dairy-specific data to digest as well, and it provided little positive momentum. USDA’s Cold Storage report showed January 31 butter inventories at 242.7 million pounds. That’s 14.9 percent greater than last year and the largest January reserve since 1994.

There were 1.35 billion pounds of cheese in cold storage warehouses at the end of last month. Although cheese stocks were 1.2 percent lower than the prior year, they were still the second largest January 31 total on record. The December-to-January increase was the largest in 20 years. American cheese stocks grow roughly 3 million pounds from December to January in a typical year, but this year they surged 29.1 million pounds.

USDA’s Dairy Market News notes that spot milk is trading at $1 to $5 under Class III in the Midwest, and with the spring flush just ramping up, there won’t be momentum to move prices higher. And without some market recovery, the national dairy herd will return to diminishing numbers.

Pulled Pork Madness is back

Event will discuss the future of California's dairy industry
June 20, 2021