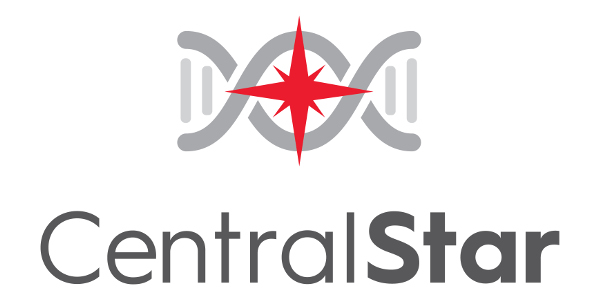 On Jan. 25, 2022, the board of directors and delegates of Dairy Lab Services (DLS), a national Dairy Herd Information (DHI) milk-testing association and lab in Dubuque, Iowa, approved merging into CentralStar effective March 1. With this merger, CentralStar Cooperative will become one of the largest DHI organizations in the country, working with more than 1,900 producers and 642,000 cows across the Midwest.

LANSING, Mich. — For the second time in less than 12 months, CentralStar Cooperative is expanding its DHI and milk-analysis services. On Jan. 25, 2022, the board of directors and delegates of Dairy Lab Services (DLS), a national Dairy Herd Information (DHI) milk-testing association and lab in Dubuque, Iowa, approved merging into CentralStar effective March 1. With this merger, CentralStar Cooperative will become one of the largest DHI organizations in the country, working with more than 1,900 producers and 642,000 cows across the Midwest.

“The merger of DLS into CentralStar is a natural fit for our cooperative, as it aligns with our board of directors’ strategic vision and model of supporting dairy producers with powerful data and diagnostic tools to advance their businesses,” said CentralStar Board President Paul Trierweiler. “We appreciate the trust DLS leadership has placed in us to continue to provide DHI testing and lab services to Illinois, Iowa, Minnesota, and southwest Wisconsin dairy producers.”

DLS members can expect a smooth transition to CentralStar DHI Services. Both DLS and CentralStar processes records through Dairy Records Management Service (DRMS), so there will be no change in the way producers receive reports or the type of reports they rely on. Additionally, the speed in which producers receive results will be similar, at approximately two days.

“As the landscape of the industry continues to change, the board of directors and delegates felt it prudent to merge with CentralStar to take advantage of economies of scale to allow continued access to affordable DHI services,” said DLS General Manager Terry Hopper. “Additionally, this merger provides members access to expanded resources and services, including new diagnostic-=test options, as well as an extensive line of herd-management products, including cow-side tests for somatic cell count and ketosis.”

CentralStar began providing DHI Services in 2000 with the mergers of Michigan DHIA and Fox Valley DHI. Since that time, the cooperative has become the fastest-growing national DHI organization and scores among the best for turnaround time of sample results for like-sized laboratories. CentralStar DHI records are processed through DRMS, which processes more herds and cows across the U.S. than any other dairy-records processing center. CentralStar pioneered the development of milk diagnostics on DHI samples. In 2000, CentralStar began providing diagnostic services with the development of the Johne’s milk ELISA. In 2011, CentralStar worked in collaboration with IDEXX to validate the milk-pregnancy test, which is now performed on more than 5 million samples in North America, annually. More recently, CentralStar researchers have developed diagnostic tests for bovine leukosis virus, A2, and mastitis organisms.

CentralStar Cooperative Inc. was established May 1, 2019, as a result of the merger between NorthStar Cooperative, Inc. and East Central/Select Sires. The cooperative’s goal of enhancing producer profitability through integrated services is fulfilled by incorporating an array of products and services critical to dairy- and beef-farm prosperity. CentralStar’s product and service offerings include Accelerated Genetics, GenerVations and Select Sires genetics; extensive artificial-insemination (A.I.) service; genetic, reproduction, and dairy records consultation; DHI services; diagnostic testing; herd-management products; research and development; and more. CentralStar’s administration and warehouse facilities are in Lansing, Mich., and Waupun, Wis., with laboratories in Grand Ledge, Mich., and Kaukauna, Wis. For more information, visit CentralStar Cooperative, Inc. at www.mycentralstar.com.