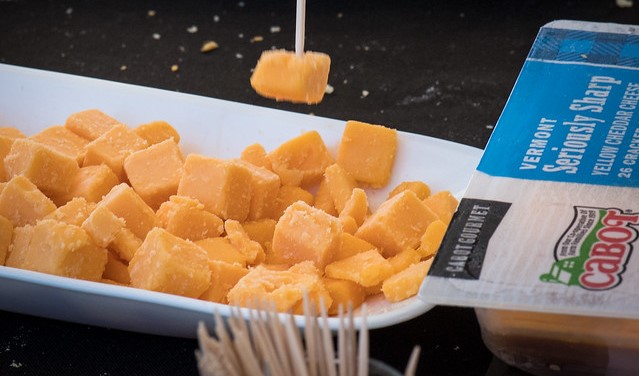 The United States agreed to end Section 232 tariffs on steel and aluminum imports from its North American neighbors. In return, U.S. dairy officials expect that Mexico will drop their retaliatory tariffs against U.S. dairy products – including duties as high as 25 percent on U.S. cheese exports to Mexico. (U.S. Department of Agriculture, Public Domain)

ARLINGTON, Va. — U.S. dairy officials today congratulated the governments of the United States, Mexico and Canada for reaching an agreement to roll back metal tariffs that have soured U.S.-Mexico cheese trade and slowed passage of the United States-Mexico-Canada Agreement (USMCA).

The United States agreed to end Section 232 tariffs on steel and aluminum imports from its North American neighbors. In return, U.S. dairy officials expect that Mexico will drop their retaliatory tariffs against U.S. dairy products – including duties as high as 25 percent on U.S. cheese exports to Mexico.

“This is an important development for the U.S. dairy industry, and we applaud the hard work of negotiators from all three countries that made it possible as well as the numerous members of Congress that have insisted upon the need to resolve the Section 232 metal tariffs dispute with our North American partners,” said Tom Vilsack, president and CEO of the U.S. Dairy Export Council. “If Mexico lifts its tariffs on U.S. dairy in response, it would be a welcome return to normalcy with our number one export market. It would also build vital momentum for swiftly advancing USMCA towards passage.”

“America’s struggling dairy farmers are in need of some good news, and today’s announcement certainly helps,” said Jim Mulhern, president and CEO of the National Milk Producers Federation. “This paves the way for Mexico to drop retaliatory tariffs that have harmed dairy, and for Congress to take its next step to help our producers – to vote on USMCA and quickly ratify it.”

Mexico is, by far, America’s biggest dairy customer, with $1.4 billion in sales last year. U.S. products accounted for 80 percent of Mexican dairy imports by value in 2018, but that dominant market share was being jeopardized by the retaliatory tariffs.

The tariffs were likewise making it politically difficult for Congress to pass USMCA – a pact that modernizes the North American Free Trade Agreement, maintains U.S. dairy sales into Mexico, expands dairy market access in Canada, and reforms many nontariff barriers.

Vilsack and Mulhern also stressed the importance of finding similar common ground with China, which also slapped retaliatory tariffs on U.S. dairy exporters in 2018 and recently upped the ante by hiking them further on some products. As a result of last year’s move by China, U.S. exports to that fast-growing dairy market fell by more than 40 percent in the first quarter of 2019 compared to the same period last year. NMPF and USDEC have consistently advocated the urgency of resolving both the 232 and China disputes to allow our exporters to compete effectively in those markets.

The National Milk Producers Federation (NMPF), based in Arlington, VA, develops and carries out policies that advance dairy producers and the cooperatives they own. NMPF’s member cooperatives produce the majority of U.S. milk, making NMPF the voice of dairy producers on Capitol Hill and with government agencies. For more, visit www.nmpf.org.