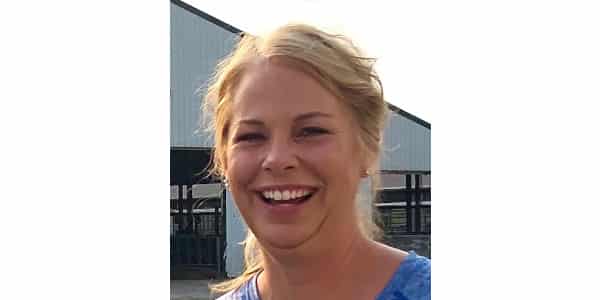 “Most of us dairy farmers are super busy and it’s very hard to keep up with state, let alone federal, information that’s coming through, so that’s what I appreciate most about DBA and Edge,” said Sandy Larson, whose family farm, Larson Acres, is near Evansville, Wis. “I know they’re doing that for me and that’s very valuable.” (Courtesy of DBA)

GREEN BAY, Wis. — They call them Policy Picnics — a mix of food, catching up with friends and getting plugged into regulatory issues.

The Dairy Business Association (DBA) and Edge Dairy Farmer Cooperative have found that members value the annual summer events, where they connect with each other, lawmakers and the organizations’ experts. At the core of the picnics is a thorough rundown of regulatory and other governmental policies that affect the dairy community.

The Wisconsin-based groups advocate for their members at all levels of government — DBA in the state, Edge throughout the Midwest — from town halls to the halls of Congress. The organizations held three of the Policy Picnics in July at farms around Wisconsin, and Edge will hold a fourth in August in Sioux Falls, S.D.

“Most of us dairy farmers are super busy and it’s very hard to keep up with state, let alone federal, information that’s coming through, so that’s what I appreciate most about DBA and Edge,” said Sandy Larson, whose family farm, Larson Acres,
is near Evansville, Wis. “I know they’re doing that for me and that’s very valuable.”

The Larsons hosted one of this year’s Policy Picnics. Seeing fellow members in person was a welcome change after so many months of virtual meetings.

“It’s kind of nice to not be on a Zoom call,” Larson said. “We can get caught up this way; we’ve been missing each other.”

Tim Trotter, executive director of DBA and Edge, said he is always glad to see elected officials in attendance at the events because when people sit and eat together, conversation comes easily in a casual, no-pressure setting.

“It’s so important to have our members’ voices heard and to have exchanges like we get at these picnics,” Trotter said.

Ultimately, farmers gain stronger voices in policymaking when they build connections with lawmakers, he said.

“As we know, dairy and other farmers have less and less of a voice by the representation we have, especially in D.C.,” Trotter said. “Even with the make-up of the Senate Ag Committee and House Ag Committee, there’s a lot of new faces, so it’s really important that farmers are engaged with what’s going on.”

Rick and Marleen Adams, owners of Sugar Creek Dairy in Elkhorn, Wis., attended the picnic at Larson Acres. They appreciate receiving the policy updates firsthand from the staff.

“I like to talk to people that we hire to do the (policy) work for us because I don’t have time to keep updated on all these issues,” Rick Adams said. “It’s more efficient to attend these picnics.”

Adams said he realizes that bringing about change in government policy can take a lot of time, and he’s pleased that DBA and Edge consistently push forward.

“DBA and Edge let the lawmakers know that we’re watching and that we care,” he said, “while making sure our voices are heard.”

Evers declares State of Emergency due to severe weather

A representative soil sample makes all the difference
September 26, 2021

‘This is about farmers helping farmers’
September 26, 2021