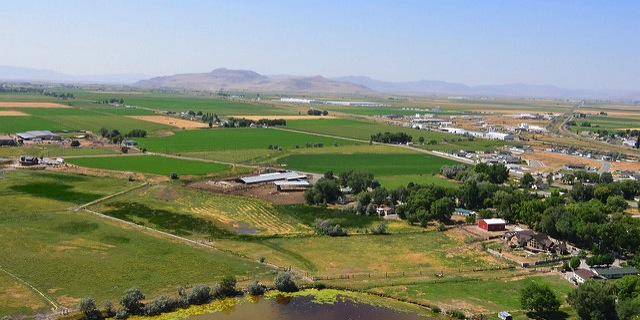 A list of nine shared priorities was agreed upon Thursday at a second annual summit meeting here between leaders of the two nations’ dairy industries, collectively called the United States-Mexico Dairy Alliance. The written list of prioritieswas released today.

The summit occurred on the heels of the first round of NAFTA renegotiation talks. As NAFTA talks continue, the European Union (EU) is seeking, through direct negotiations with Mexico, to impose new barriers to dairy trade through the abuse of geographical indications. This is a significant concern to U.S. and Mexican cheesemakers because it would give the EU exclusive use of common cheese names like asiago, gorgonzola and feta.

“We want to strengthen our relationship as Mexico’s most trusted dairy trading partner so we can continue to work together for the benefit of dairy sectors on both sides of the border,” said USDEC President and CEO Tom Vilsack. “That goal is all the more essential given other nations’ efforts to pursue harmful and disruptive approaches to dairy trade with Mexico through practices that hurt Mexican and U.S. dairy farmers and workers in the process.”

Jim Mulhern, president and CEO of NMPF, said, “We are very pleased that our friends in Mexico have joined us in expressing opposition to the abusive attempts of the European Union to confiscate common food names, as well as the trade distorting practices of Canada, at a time when we are working to facilitate new opportunities throughout North America. This meeting provided an opportunity to explore how we can deepen those efforts.”

Last year, representatives from the two nations’ dairy sectors held a two-day summit in Denver, Colo., that created a United States-Mexico Dairy Alliance. This year in Guadalajara, the focus was on expanding areas of collaboration while preserving current trade. The NAFTA renegotiation talks emerged as an important topic because the agreement is the foundation of the industries’ mutually beneficial free-trade relationship.

Enacted in 1992, NAFTA removed barriers to trade, and has led to more than a six-fold increase in U.S. dairy exports to Mexico, to $1.2 billion in 2016. Round one of NAFTA modernization talks ended Aug. 20 in Washington, with a second round scheduled Sept. 1-5 in Mexico City, and a third round in Canada in late September.

Vilsack and Mulhern noted that, in contrast to Mexico’s open trade approach, Canada has retained sky-high dairy tariffs and implemented policies that hinder free trade between North American neighbors. Canada’s new Class 6/7 pricing policy has drawn strong concerns of both the United States and Mexico, and was a significant point of discussion at the meeting here.

Mulhern noted that the new Canadian pricing scheme “intentionally undercuts U.S. dairy protein exports to other world markets, and at the same time, hurts dairy farmers in the U.S., Mexico and around the world by artificially lowering world market prices.”

The U.S.-Mexico Dairy Alliance members agreed to continue to maintain an open communications channel between the industry organizations as they analyze and seek mutually beneficial solutions to problems affecting the dairy industries of both countries.

Vilsack said the meeting “illustrates how our industries are committed to seeing our relationship continue to flourish and to jointly rejecting unjustified barriers to dairy trade.”

How farming, cheese, chewing changed us