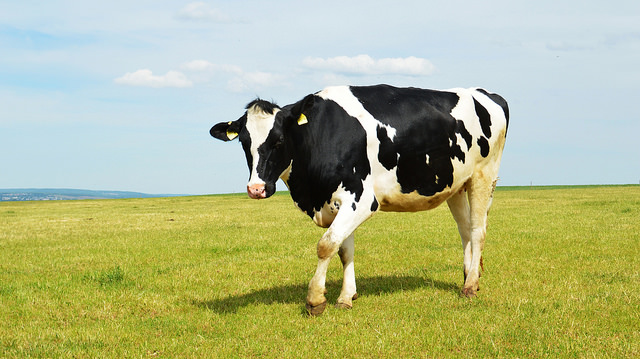 The U.S. dairy industry will engage with both parties in Congress to seek their support for the agreement’s passage while at the same time seeking assurances that Canada will comply with their commitments in a fair and transparent manner. (Tobias Nordhausen, Flickr/Creative Commons)

ARLINGTON, Va. — The National Milk Producers Federation and the U.S. Dairy Export Council commended the Trump Administration today for signing the U.S.-Mexico-Canada Agreement, which had been agreed to in principle on Sept. 30.

The USMCA will benefit America’s dairy sector by maintaining the overall U.S.-Mexico trading structure of the 24-year-old North American Free Trade Agreement, while incorporating new commitments to strengthen U.S. dairy export prospects throughout the North American region. Thanks to NAFTA, Mexico is currently the largest export destination for U.S. dairy products, accounting for $1.2 billion in sales last year. The United States commands a dominant market share in Mexico, with sales that amount to three quarters of its imported dairy products.

In addition to Canada-specific dairy provisions, the USCMA broke new ground by establishing a strong sanitary and phytosanitary chapter, as well as numerous provisions aimed at tackling the misuse of geographical indications that erect barriers to U.S. exports of products that rely on common food names.

Industry leaders said the ultimate impact of the agreement, which must be approved by Congress, will depend on how it’s implemented by the three countries. The U.S. dairy industry will engage with both parties in Congress to seek their support for the agreement’s passage while at the same time seeking assurances that Canada will comply with their commitments in a fair and transparent manner.

“The signing of the USMCA gives America’s dairy industry greater confidence as we head into 2019,” said Tom Vilsack, president and CEO of USDEC. “We trust that the administration will aggressively enforce both the letter and the spirit of the agreed upon text. Thus, it is imperative that the United States ensures that Canada implements its commitments in a manner consistent with the hard-fought transparency and market-reforming disciplines secured in this agreement.”

The dairy organizations urged the governments of the three nations to take the next step toward better trade relations by removing currently imposed tariffs on agricultural exports – as well as steel and aluminum – that have been sticking points in relations between the countries.

“We appreciate the Trump Administration for continually raising our issues of concern and fighting for a better agreement with Canada,” said Jim Mulhern, president and CEO of NMPF. “This year has been a challenging one for dairy producers, who are dealing with continuing low prices and the damaging effects of retaliatory tariffs that have already cost them about $1.5 billion. With today’s signing, we encourage the administration to take a fresh look at other tariffs that are hampering North American trade, including the steel and aluminum tariffs still imposed on Mexico, and to continue making progress in striking new free trade agreements and resolving ongoing trade conflicts.”

Scallop draggers get started for year