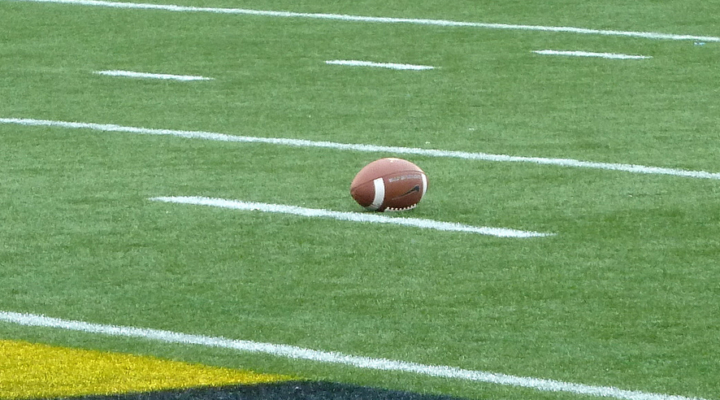 The 28-year-old rookie has made it through his first NFL training camp still in contention to win a roster spot or, at the very least, land on the Bills practice squad. The last chance to prove himself comes in Buffalo’s preseason finale against Detroit on Thursday, two days before teams make their final cuts. (Jeremy, Flickr/Creative Commons)

ORCHARD PARK, N.Y. – Jordan Mudge isn’t sure what he would be doing had the Buffalo Bills not called out of the blue in March to invite the offensive lineman in for a tryout.

Maybe he’d be playing a fifth season in some arena league. Perhaps Mudge would be back working a side job in construction to help make ends meet for his wife and three girls.

More than likely, you’d find him milking goats on his farm in Arizona.

Much to Mudge’s surprise, he’s doing none of the above.

The 28-year-old rookie has instead made it through his first NFL training camp still in contention to win a roster spot or, at the very least, land on the Bills practice squad. The last chance to prove himself comes in Buffalo’s preseason finale against Detroit on Thursday, two days before teams make their final cuts.

“I didn’t even think this opportunity was ever going to come,” Mudge said.

“Seeing guys come and go even through (spring) and everything, shoot, like I was supposed to be the first one to go,” he added. “I was only the ‘brought in for a workout’ guy.”

He’s still standing and considered somewhat of a curiosity because of his age. Since 1988, only 55 players have made their NFL debuts at 28 or older , according to Pro Football Reference.

The 6-foot-4, 300-pound player also stands out for his ability, something offensive line coach Juan Castillo immediately noticed during his tryout in April.

Calling him a “legitimate guy,” Castillo said Mudge has progressed to the point where he forgets the player is still a rookie. He recalled the time he apologized to Mudge for getting mad at him during practice.

“I said, ‘You know what, I’m jumping your butt like you were a starter,'” Castillo said.

“I think that’s a compliment to where he’s at,” he added of the player who’s been working at both guard and centre. “Instead of looking at him as, ‘Ah, well, he’s going to give us a good camp,’ I’m like, ‘This guy might have to help us one day.'”

Mudge has taken the scenic route to Buffalo.

From Desert Hot Springs, California, he played junior college before landing a spot at Nevada. Then there was a brief stint with the Canadian Football League B.C. Lions, before he was cut during training camp.

What followed was an uphill climb through the arena football league ranks, starting with the Iowa Barnstormers in 2013. Playing for the Arizona Rattlers last season, he was the Arena Football League’s offensive lineman of the year.

With the Rattlers stepping down to the Indoor Football League, Mudge wasn’t sure what he was going to do until the Bills called.

Not having an agent, Mudge didn’t know how Buffalo got his number and was unsure who even contacted him, because the Bills’ scouting staff underwent a purge after general manager Doug Whaley was fired in April.

Mudge’s age and perseverance have made him a team favourite. So have his quirks, such as the time Mudge sent Castillo a video of him milking goats .

Then there’s the goats, as well as pigs, chickens, turkeys, sheep, bunnies and a tortoise Mudge has on his farm.

“I want to do the crunchy stuff,” he said. “I want to make soap and do the goat milk and cheese and everything.”

Mudge got the idea to raise goats a year ago from a former teammate. His objective is to become so self-sufficient that he’ll never have to go to the grocery store again.

Those plans are on hold for now.

Mudge is driven by the opportunity of providing for his family, something Castillo reminds him of during practice.

“Juan’s always yelling, ‘Think about your girls!'” he said. “I’m trying to get vested. That’s what I’m looking at. I mean, I don’t get vested being on the practice squad.”

The Bills honoured Mudge on Tuesday by having him share his story during a team meeting.

It wasn’t lost on some players that Mudge spoke of what an NFL job would mean to him at a time when final cuts are approaching.

“It’s awesome to see a guy like that get an opportunity, because by all accounts he shouldn’t be here,” veteran guard Richie Incognito said.

“He’s trying to be included on this roster to not only be a part of a football team, but to improve his family’s life. And it’s real for him,” Incognito said. “We’re blessed to have played in this league for a long time. And to see a guy like that, it motivates everybody a little bit more.”