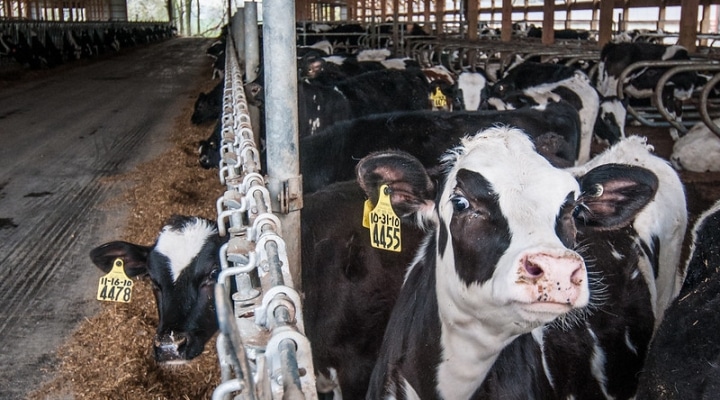 MESHOPPEN, Pa. — Why can’t dairy farmers receive a fair price based upon their cost of production?  Yes, dairy farmers all across the country are asking that question.  And many of them have been asking the same question for a long time.  Why can’t it be accomplished?

1)   So far, it has not been accomplished because there are not enough dairy farmers willing to work with each other to obtain a new pricing formula.

2)   With IDFA and National Milk Producers uniting together it has become extremely difficult for dairy farmers to be heard in Washington DC.  However, Pro-Ag is strongly attempting to have the Federal Milk Marketing Improvement Act (Specter-Casey bill) reintroduced.

3)   We are counting on the majority of dairy farmers to really speak up in support of this bill.  However we are depending on county and state officials to support our effort.  Many have been contacted and are willing to help us.

4)   Also there are some so-called knowledgeable people who claim we cannot combine all three classes of milk used to manufacture dairy products.  Why not?

It’s evident to me that these three classes can be combined together to be the starting point for determining the prices received by dairy farmers.      People are still wondering what happened to the Class III price for June and July, and where it may go.  It appears to me that now is the time to bring the three classes together at about $20 per cwt. (hundred pounds)

Oh, but wait a minute.  Some people say you can’t make prices that high, but gosh, don’t forget that the manufacturers of dairy products have the sweetheart deal called “make allowance”.  This allows them to cover their cost of operation.  But if this is fair for the manufacturers to cover their cost, why isn’t it fair for the dairy farmers to have a price that covers their cost of production?  But what is a fair price for the goose should be a fair price for the gander.

Yes, the dairy farmers deserve a fair chance to cover their costs.

A former manager for a large milk company (Class I milk) asked a question: Where is the “make allowance” for my company?  He said we even have to pay money into the pool so that manufacturers of dairy products pay a reasonable price to the dairy farmers that they purchase milk from.  In many cases, this means the money the fluid handler pays into the pool helps the dairy cooperatives pay their producers a higher price.

I can even remember when the former Federal Order #2 only had two classes of milk, class I and class II.  They also had farm point pricing.  What happened?

Haven’t our dairy farmers been taken to the cleaners enough times?