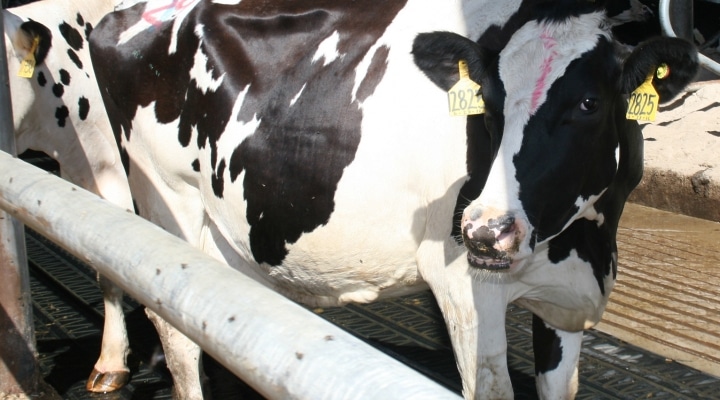 That’s the finding of a team of researchers that conducted a study of two dairy herds in Brazil four years after a dam holding mining waste ruptured, and it spotlights a threat to human health, the researchers contend.

The study is the first to show that long-term persistence of heavy metals in the environment may trigger genetic changes and interfere with the microorganism communities that colonize dairy cows, according to researcher Erika Ganda, assistant professor of food animal microbiomes, Penn State.

“Our findings are important because if bacterial antimicrobial resistance is transferred via the food chain by milk or meat consumption, it would have substantial implications for human health,” she said. “What we saw is, when heavy metal contamination is in the environment, there is potential for an increase of so-called ‘superbugs.’”

A declaration from the World Health Organization supports Ganda’s assertion, saying that resistance to antimicrobials is one of the top 10 global public health threats facing humanity. Antimicrobial resistance occurs when bacteria, viruses, fungi and parasites change over time and no longer respond to medicines, making infections harder to treat and increasing the risk of disease spread, severe illness and death.

A South American environmental calamity triggered the research. Known as the Mariana Dam disaster, in 2015 the Fundao Tailings Dam suffered a catastrophic failure and released more than 11 billion gallons of iron ore waste. The huge wave of toxic mud flowed into the Doce River basin surrounding Mariana City in Minas Gerais, a state in southeast Brazil.

Following this catastrophe, the team analyzed the consequences of long-term exposure to contaminated drinking water on dairy cattle.

To reach their conclusions, researchers identified bacterial antimicrobial-resistance genes in the feces, rumen fluid and nasal passages of 16 dairy cattle in the area contaminated by the iron ore waste four years after the environmental disaster. Researchers compared samples taken from those animals to analogous samples from 16 dairy cattle on an unaffected farm, about 220 miles away.

The microorganism community in the cattle continuously exposed to contaminated water differed in many ways from that of the cows not exposed to heavy metals, noted researcher Natalia Carrillo Gaeta, doctoral student and research assistant in the Department of Preventive Veterinary Medicine and Animal Health, University of Sao Paulo, Brazil.

The relative abundance and prevalence of bacterial antimicrobial-resistance genes were higher in cattle at the heavy metals-affected farm than in cattle at the noncontaminated farm, she pointed out.

The data, published today (Nov. 16) in Frontiers of Microbiology, suggest that exposure to heavy metal contamination results in the selection of bacteria that have resistance genes to heavy metals, biocides and several drugs, Gaeta explained. “We found that bacterial antimicrobial-resistance genes are most readily detected in fecal samples.”

Ganda’s research group in the College of Agricultural Sciences works with the one-health perspective, which focuses on the interaction between animals, people and the environment. She believes this research presents a good description of a one-health problem.

“In this Brazilian environmental disaster, not only were several people and animals killed by the devastating flood caused by the dam rupture, but the contamination persisted in the environment and made it into dairy cows, that could potentially pose another risk for humans,” Ganda said. “If these animals are colonized, resistant bacteria could also make it to humans and colonize them through the food chain.”

This work was supported by Sao Paulo Research Foundation, the Brazilian Agency CAPES and the U.S. Department of Agriculture’s National Institute of Food and Agriculture.

Don’t go without this holiday season