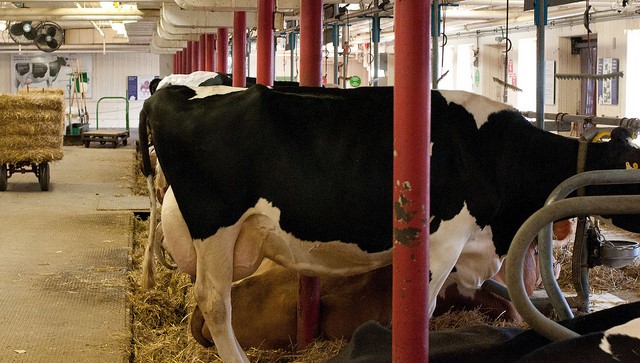 WASHINGTON — The International Dairy Foods Association commended the Office of the U.S. Trade Representative for announcing that it intends to negotiate three separate trade agreements with Japan, the United Kingdom and the European Union. Each of these countries offers abundant opportunities for increased U.S. dairy exports.

“We’re pleased that the Office of the U.S. Trade Representative has taken another positive step in promoting strong trade policies for our country,” said Michael Dykes, D.V.M., IDFA president and CEO. “We urge USTR to negotiate for greater market access levels for dairy in Japan, the UK and the EU.”

Japan is U.S. dairy’s fourth-largest market, representing sales of more than $290 million last year. The UK currently imports $3.4 billion worth of dairy, but imports from the United States represent only 0.25% of that value.

“As we enter into these negotiations, it will be important for our negotiators to reduce existing tariff and nontariff barriers to U.S. exports in these key markets,” Dykes said. “The EU, for example, seeks to monopolize the use of certain cheese and other food names that the United States and many other countries regard as generic by improperly using geographical indications. These nontariff barriers effectively prevent U.S. cheesemakers from accessing growing markets in other countries.

“We’ll continue to call for trade actions that will place U.S. dairy companies on a level playing field with global competitors,” said Dykes. “With more than 95 percent of our potential customers living outside our borders, expanding access to international markets is essential for our future success.”

The International Dairy Foods Association, Washington, D.C., represents the nation’s dairy manufacturing and marketing industry, which supports nearly 3 million jobs that generate more than $161 billion in wages and has an overall economic impact of more than $628 billion. IDFA is the umbrella organization for the Milk Industry Foundation, the National Cheese Institute and the International Ice Cream Association.

IDFA members range from large multinational organizations to single-plant companies. Together they represent approximately 90 percent of the milk, cultured products, cheese, ice cream and frozen desserts produced and marketed in the United States and sold throughout the world. The diverse membership includes numerous food retailers, suppliers and companies that offer infant formula and a wide variety of milk-derived ingredients.

Vacancies on CDFA Apiary Board