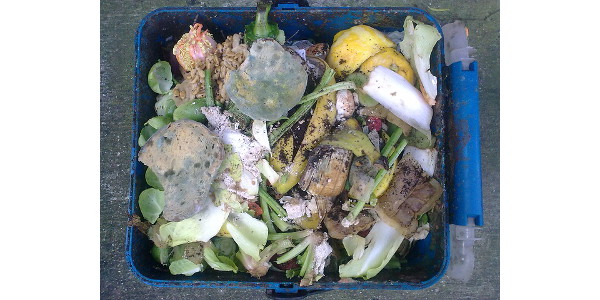 Scientists found that small steps - such as reducing food waste, tweaking diets and improving the efficiency of food production - could together reduce the amount of land required to feed the planet by at least 21 percent. (Nick Saltmarsh via Flickr)

EDINBURGH, Scotland — Making minor changes to how food is produced, supplied and consumed around the world could free up around a fifth of agricultural land, research suggests.

Scientists have applied the British cycling team’s strategy of marginal gains – the idea that making multiple small changes can lead to significant effects overall – to the global food system.

They found that small steps – such as reducing food waste, tweaking diets and improving the efficiency of food production – could together reduce the amount of land required to feed the planet by at least 21 per cent.

Altering diets in developed nations was also found to have the greatest potential to reduce the impact of food production.

The report – by scientists from the University of Edinburgh and the Karlsruhe Institute of Technology – suggests small changes such as eating slightly less meat, substituting chicken or pork for beef and lamb, and reducing transport and processing losses.

Other proposals include increasing agricultural yields, as well as less conventional shifts such as greater consumption of insects, plant-based imitation meat and lab-grown meat.

The team calculated the combined effects of their proposed changes using the latest data from the Food and Agriculture Organization of the United Nations.

Previous research has focused on a few large changes that are difficult to achieve, researchers say. They argue that the marginal gains approach, which has made British cycling among the best in the world, is more likely to be attainable.

Dr Peter Alexander, of the University of Edinburgh’s School of GeoSciences, who led the study, said: “The current system is failing to deliver the food we need to be healthy and is doing so in a way that is causing a crisis for biodiversity and contributing to climate change.

“While a transformational change is required, we need an approach that is achievable in practice. A vegan or vegetarian diet isn’t likely to be adopted by everyone and we think a set of small steps in the right directions will be more likely to be adopted and ultimately successful, and will go a substantial way to reducing the negative outcomes.”

Professor Mark Rounsevell, of the Karlsruhe Institute of Technology and the University of Edinburgh, said: “Recent reports have suggested a single global diet as healthy and environmentally sustainable, ignoring important differences between countries and regions, including, for example, the need to increase protein consumption in some developing countries.

“Our results show that in places like Europe and the US, consumers can play the biggest role in reducing environmental harm through dietary change, while in less developed countries increasing production efficiency is more important.”

— University of Edinburgh via EurekAlert!

Heat, salt, drought: this barley can handle it

Map shows how food gets from farms to your home
October 27, 2019

Register for the 9th Annual Farm to Plate Gathering
August 26, 2019

Event encourages women to run for leadership positions
May 13, 2019