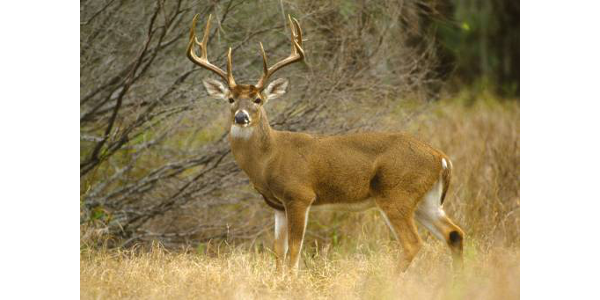 On May 9, the Michigan Department of Agriculture and Rural Development (MDARD) confirmed chronic wasting disease (CWD) in one white-tailed deer from a farmed cervid facility in Mecosta County. The infected three-year-old deer was discovered through routine testing. (Michigan State University)

LANSING, Mich. — On May 9, the Michigan Department of Agriculture and Rural Development (MDARD) confirmed chronic wasting disease (CWD) in one white-tailed deer from a farmed cervid facility in Mecosta County. The infected three-year-old deer was discovered through routine testing as part of the state’s CWD surveillance program for farmed deer.

CWD is a fatal neurological disease that affects different cervid species, including white-tailed deer, mule deer, elk, and moose. The disease can be transmitted directly from one animal to another and indirectly through the environment. While an infected animal may appear healthy for months or years, it will eventually display abnormal behavior, progressive weight loss, and physical debilitation in the later stages of the disease.

“MDARD is committed to limiting the spread and impact of this disease. CWD surveillance testing plays an integral part in accomplishing this goal because it helps us to detect and respond to the disease promptly,” said State Veterinarian Dr. Nora Wineland. “In addition, our continued partnership with farmed cervid owners, hunters, and other state and federal partners is also essential to ensure the health of Michigan’s farmed deer population.”

The presence of CWD in farmed cervid facilities and free-ranging deer is not new to Michigan. Since 2008, including this new case, CWD has been detected at 10 Michigan cervid farms in the following counties: Kent (2), Mecosta (4), Montcalm (3), and Newaygo.

With free-ranging deer, CWD was first discovered in May 2015; and cases have been found across nine counties in Michigan’s Upper and Lower Peninsulas. To date, no free-ranging white-tailed deer have tested positive for CWD in Mecosta County.

As part of MDARD’s disease response, investigations are ongoing to rule out any possible exposure to other farmed cervids.

Currently, there have been no reported cases of CWD infection in humans. However, as a precaution, the U.S. Centers for Disease Control and the World Health Organization recommend that CWD-infected animals should not be consumed as food by either humans or domestic animals.