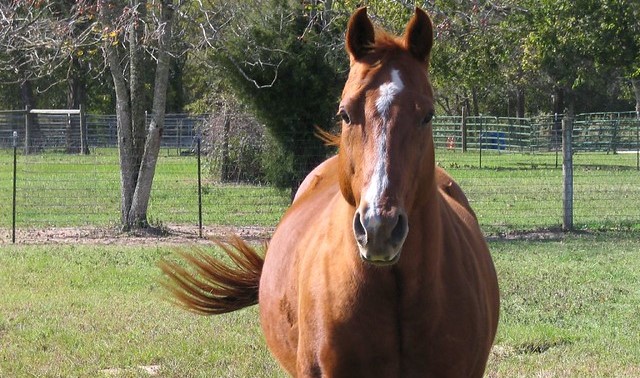 A vaccine is available for horses, talk to your veterinarian about vaccinating annually for EEE. (mcclouds, Flickr/Creative Commons)

HARTFORD, Conn. — Eastern Equine Encephalitis (EEE) is a disease caused by a virus that mosquitos transmit. The name of the disease is misleading in that this virus can infect and cause disease in humans and a wide variety of animal species, including birds as well as horses and other equids. Horses that have not been vaccinated for EEE die within days of being infected as there is no treatment. There is an effective equine vaccine for EEE, however not for other species. Researchers and veterinarians at UConn’s Connecticut Veterinary Medical Diagnostic Laboratory (CVMDL) encourage equine owners to consider vaccinating their animals, and other animal owners to implement measures to reduce mosquito habitats and thereby potential contact with mosquitos.

Mosquitos that feed on infected wild birds transmit EEE to horses and humans. Once infected, the virus attacks the central nervous system of the host. For horses, disease signs usually appear within five days and the clinical signs include fever, a dull or sleepy appearance, muscle twitches, and a weak staggering gait. Fatality in horses is 90% or higher as horses often go down and are unable to stand again, and those that do survive may have permanent brain damage.

EEE is transmitted by two main types of mosquito vectors; the primary vector and the bridging vector.Culiseta melanura, the primary vector which feeds almost exclusively on birds, serves to amplify and maintain the virus within wild bird populations. Other mosquito species, which indiscriminatingly feed on birds, horses, and humans, serve as the bridging vector capable of transmitting EEE from wildlife to horses and humans.

With the location of horse barns and pastures in rural areas the animals have increased exposure to mosquitos. Horses cannot pass EEE to humans, or to other horses, and are therefore referred to as a dead-end host. If an infected mosquito bites a human, that person can be infected and may develop disease. According to the Center for Disease Control, illness in humans due to EEE is rare, but when disease develops, it is serious.

CVMDL, part of the Department of Pathobiology in UConn’s College of Agriculture, Health and Natural Resources, is on the frontlines of research and testing to keep humans and animals safe. For more information visit http://cvmdl.uconn.edu or call 860-486-3738.

For more articles out of New Engalnd, click here.

How can growing seasons be extended?
January 5, 2020