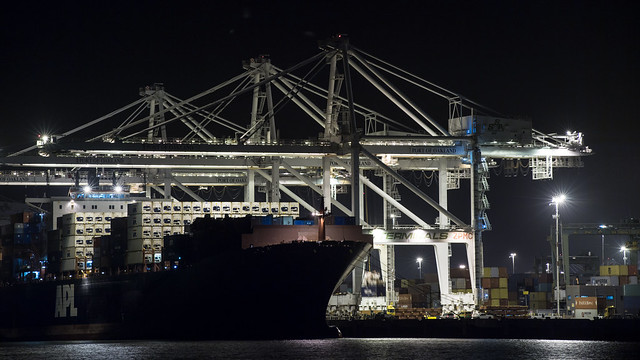 As the value of the dollar declines, U.S. agricultural exports will be more competitive, spurring demand for those goods in markets abroad. (U.S. Department of Agriculture, Public Domain)

The Competitive Dollar for Jobs and Prosperity Act (CDJPA) would work to realign the value of the dollar, making U.S. agricultural exports more competitive abroad. By applying a market access charge on foreign investments, the legislation would strategically slow the flood of foreign capital that is currently driving up the dollar’s value to noncompetitive levels. As the value of the dollar declines, U.S. agricultural exports will be more competitive, spurring demand for those goods in markets abroad. As the demand for those products increases, so in turn will the prices paid to U.S. farmers and ranchers. A one percent decline in the value of the dollar could lead to as much as a 2.5 percent increase in the prices of certain crops.

“The overvalued U.S. dollar puts American family farmers and ranchers on an uneven playing field with the rest of the world. Despite near record levels of agricultural exports, median farm income has been negative for six straight years, and low commodity prices are a big part of the problem. Farmers can’t continue to thrive if they are spending more to produce a crop than they’re earning when it’s sold.

“If the U.S. dollar were realigned, our agricultural exports would be more competitive on the world market. Increased demand for these goods would drive up the price—a necessary change that would have far-reaching effects for agricultural communities. Further, a realigned dollar would also help reduce the U.S. trade deficit, potentially bringing back jobs to rural America.

“American family farmers and ranchers know that the over-valued dollar has reduced the prices they are paid for their goods and has harmed the long-term prosperity of their communities. The Competitive Dollar for Jobs and Prosperity Act introduced by Sens. Tammy Baldwin and Josh Hawley is needed to restore fairness to international trade markets and to provide opportunity for economic prosperity for family farmers and all of rural America.”

Overturning the truth on conservation tillage