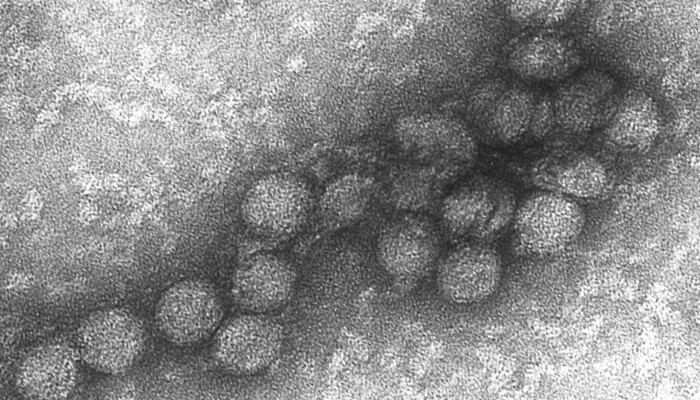 A 15-year-old Cumberland County mare the became ill on Sept. 30, is the third reported case in 2017 of Eastern Equine Encephalitis, a serious, mosquito-borne illness in horses. (Wikimedia Commons)

TRENTON, N.J. — A 15-year-old Cumberland County mare the became ill on Sept. 30, is the third reported case in 2017 of Eastern Equine Encephalitis, a serious, mosquito-borne illness in horses.

Also, a 10-year-old Salem County stallion, which became ill on Sept. 29, is the second case of West Nile Virus in 2017. Neither horse had been vaccinated against EEE or WNV. The mare had to be euthanized, while the stallion is being treated for his illness.

“We urge horse owners to maintain their vaccination schedules to prevent their animals from getting diseases like these,” said New Jersey Secretary of Agriculture Douglas H. Fisher. “Vaccinated animals are much less likely to contract deadly diseases such as EEE and West Nile Virus.”

Most veterinarians administer the EEE and WNV vaccines as a combination vaccine along with Tetanus and Western Equine Encephalitis. EEE has up to a 90 percent mortality rate for unvaccinated horses. Also, for foals or horses that have never been vaccinated, it is a two-step process with a booster shot needed four to six weeks after the initial vaccination. It also is recommended that horses receive an annual booster shot in the spring before mosquitoes are active or before transporting horses to a part of the country where mosquitos are active year round. For pregnant mares, consult your veterinarian for an appropriate vaccination schedule.

The first case of WNV in 2017 was a yearling colt in Gloucester County in late September. The colt was given an initial vaccination, but did not receive a booster shot. The colt is being treated. The other EEE viruses were reported in Atlantic and Cumberland counties.

Effective equine vaccines for EEE and WNV are also available commercially. Horse owners should contact their veterinarians if their horses are not already up-to-date on their vaccinations against both EEE and WNV. A vaccination schedule should be made in consultation with your veterinarian.

EEE has a significantly higher risk of death in horses than West Nile Virus infection with a 90 percent mortality rate for unvaccinated horses. Both are viral diseases that affect a horse’s neurological system and cause inflammation of the brain tissue. The diseases are transmitted by a mosquito bite. The viruses cycle between birds and mosquitoes with horses and humans being incidental hosts. EEE or WNV infections in horses are not a significant risk factor for human infection because horses (like humans) are considered to be “dead-end” hosts for the virus.

Late summer and early fall are the prime seasons for these diseases. In 2016, four cases of equine EEE occurred in New Jersey between mid-August and mid-September. There were no cases of equine WNV in 2016

EEE and West Nile virus, like other viral diseases affecting horses’ neurological system, must be reported to the state veterinarian at 609-671-6400 within 48 hours of diagnosis. The New Jersey Animal Health Diagnostic Laboratory is available to assist with EEE and WNV testing and can be reached at 609-406-6999 or via e-mail jerseyvetlab@ag.state.nj.us. 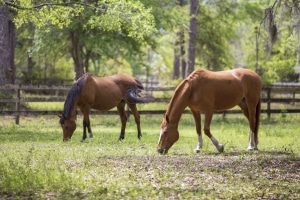 BROOMFIELD, Colo. — A three year old gelding residing in Weld County has been diagnosed with West Nile Virus (WNV) and is now recovering. The horse developed neurological symptoms in late July, including weakness, stumbling and poor muscle control. The gelding’s vaccine status is unknown. This is Colorado’s first confirmed equine WNV case in 2022. […] 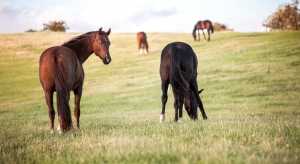 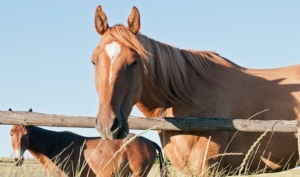 BROOMFIELD, Colo. — Since the index case of the equine West Nile Virus (WNV) was identified in Colorado on July 30, 2021, horses from multiple Colorado counties have tested positive for WNV. Four additional horses in Weld County, three horses in Adams County, two horses in Boulder County and one horse each in Elbert, Otero, […] 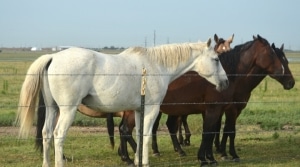 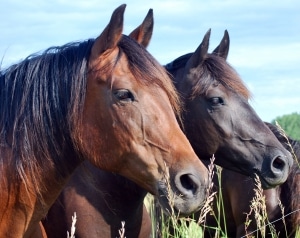 This festive plant is hitting peak season in N.J.