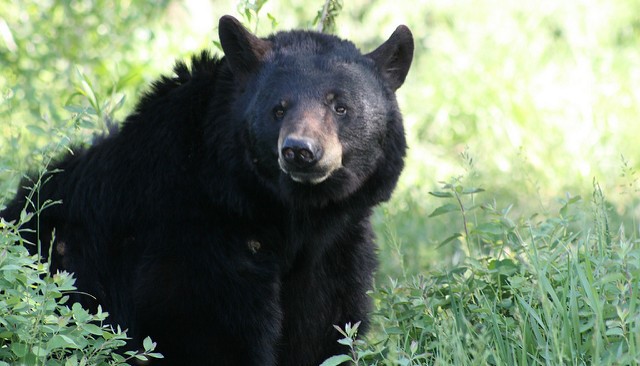 The Connecticut Farm Bureau says bears are "one of those animals that are causing havoc on farms." (Casey Brown, Flickr/Creative Commons)

HARTFORD, Conn. (AP) — A contentious proposal to allow bear hunting in Connecticut has been scaled back, now focusing only on farmers whose livestock, poultry and bees are destroyed by the animals.

The General Assembly’s Environment Committee voted Monday to amend a bill that would have authorized regulated bear hunting in Litchfield County.

The new version of the bill, which awaits further action by the Senate, updates current law allowing the Department of Energy and Environmental Protection Commissioner to grant permits for the taking of certain nuisance wildlife that have destroyed crops.

Under the newly revamped bill, damage to livestock, poultry and bees would be added.

The Connecticut Farm Bureau says bears are “one of those animals that are causing havoc on farms.”