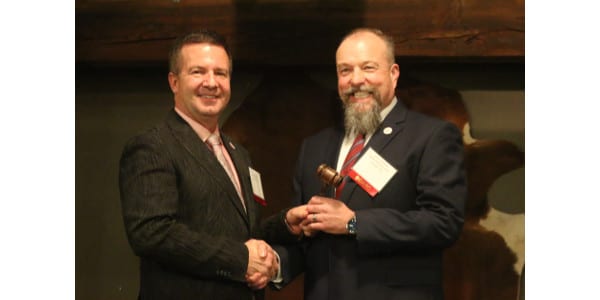 Csukker is the Environmental Senior Services Manager for the Great Plains Region for The Maschhoffs. John is responsible for the environmental permitting and compliance for The Maschhoffs company-owned farms as well as independent pork production partners in Nebraska, Missouri, and Wyoming. John traveled to Mexico while participating in the Pork Leadership Institute (PLI), a comprehensive training program conducted jointly by the National Pork Producers Council (NPPC) and the National Pork Board (NPB) designed to develop future leaders for the U.S. pork industry. He has represented Nebraska’s pork producers in Washington, D.C., served as an NPB and NPPC Forum Delegate. He is a member of NPPC’s Environmental Policy Committee and was part of the Governors trade mission to Shanghai and Hong Kong China.

First elected to the NPPA Board of Directors in 2015, John said in accepting the NPPA Presidency, “I want to continue the success of this organization and the hard-working individuals we represent. Let me hear your ideas, get your feedback and together we will find out more ways our Association can serve the pork producers of Nebraska better.”