Home / Colorado / CSU to develop plant breeding training materials
A new user experience is coming! We'll be asking you to login to your Morning Ag Clips account March 1st to access these new features.
We can't wait to share them with you! Read more here. 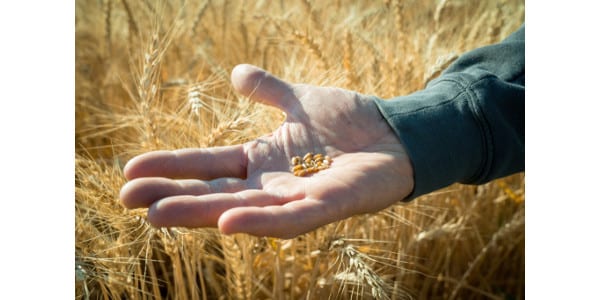 Unbeknownst to many in Northern Colorado, a government facility vital to the health of agriculture is hiding in plain sight in the heart of Fort Collins: The U.S. Department of Agriculture’s National Laboratory for Genetic Resources Preservation. (Courtesy of CSU)

FORT COLLINS, Colo. — Unbeknownst to many in Northern Colorado, a government facility vital to the health of agriculture is hiding in plain sight in the heart of Fort Collins: The U.S. Department of Agriculture’s National Laboratory for Genetic Resources Preservation.

As a backup facility for the National Plant Germplasm System (NPGS, a national network of operations that collects and stores plant germplasm, i.e., seeds and cuttings), it’s the last line of defense for ensuring the future of crops.

“For many, it’s an anonymous building and people don’t realize how important it is,” said CSU Professor Patrick Byrne, who teaches and conducts research in plant breeding and genetics. “This may be the most important building in Colorado. They have a huge collection of plant germplasm, which is the key to the future of breeding.”

Backup in case of pandemic

The Fort Collins-based facility is part of a web of USDA operations to collect and store seeds and cuttings. Roughly 20 facilities across the country specialize in collecting and maintaining germplasm of specific crops, while funneling a portion to the Fort Collins location, which acts as a backup seed bank.

Unlike the famous “Doomsday Vault” in Svalbard, Norway, the NPGS is different in that it distributes samples to scientists around the world for research and education purposes.

Like researchers battling the COVID-19 pandemic, plant scientists around the world rely on the NPGS to protect against similar outbreaks in crops.

In the 1980s, the Russian wheat aphid was discovered in Texas and soon infested wheat crops throughout the Great Plains, including Colorado. Thousands of diverse wheat samples from the NPGS were screened for resistance to  the aphid — two came back positive and were bred into existing wheat varieties to overcome the infestation.

According to Byrne, this type of outbreak can happen any time, which makes the facility vital to the health of crops.

“One of the major things that these collections are used for is disease resistance,” Byrne said. “If a new disease or insect pest shows up — which it does like COVID-19 because plants also have pandemics — researchers request hundreds of samples and screen them for resistance.”

Byrne and his team at CSU (Maria Munoz-Amatriain of Soil and Crop Sciences, Jill Zarestky of the School of Education, and consultant Deana Namuth-Covert), in conjunction with colleagues at Iowa State, are working with the USDA to create a training program targeted to university students around the world, as well as to USDA employees and private sector breeders.

The vision is to develop training videos, eBooks, and other digital materials for use in distance learning on the conservation and use of plant germplasm. The program will also feed into Iowa State’s Plant Breeding Education for Africa e-learning program.

“For a long time I’ve thought that CSU and this facility should be working more closely together, so I started discussions with scientists there and one thing led to another,” Byrne said. “There’s a huge wave of retirements going on in the NPGS, which will need to replace a third of its staff due to turnover in next few years. All of that expertise will be gone. There will be a need to bring on lots of new people. That’s part of the rationale for the need of new training materials.”