Home » CSU professor to testify before Congress on wildfires 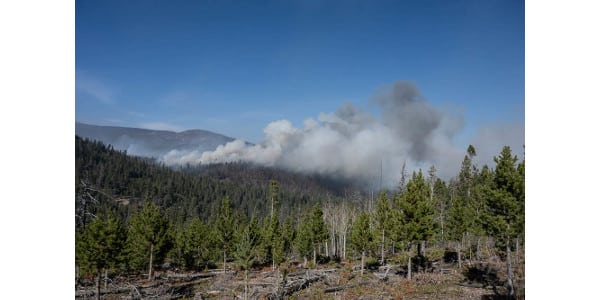 Schultz, a nationally known forest policy expert in the Department of Forest and Rangeland Stewardship, is director of the Public Lands Policy Group and leads the university’s Climate Adaptation Partnership. She plans to discuss research on prescribed fire and effective strategies to get prescribed fire integrated more readily into wildfire mitigation and climate adaptation efforts.

Schultz’s research examines policy barriers and other challenges that exist to prevent more widespread use of prescribed fire. Prescribed fire – or planned and controlled burns ­– is designed to reduce wildfire hazards.

There are several examples of effective prescribed fires in the state, including ones that have taken place in the San Juan National Forest in western Colorado and on the Arapaho-Roosevelt National Forest in north central Colorado.

Schultz, her husband and their dogs were personally affected by the 2020 Cameron Peak Fire, which became the largest recorded wildfire in Colorado’s history.

“My husband and I were evacuated from our home outside of Fort Collins, and it had a big personal effect on us,” she said. “We had friends lose homes and we’ve seen many places we love around the West burn in recent years.”

On the flip side, Schultz said she’s visited places in Montana where she worked for Outward Bound many years ago and watched wildland firefighters at work.

“Ten years later, I can see how the forests are growing back and that’s encouraging,” she said. “The West is burning and it’s really intense. At some point, a lot of this landscape is going to burn. It’s going to be important to live with and work on this challenge for the rest of our lives.”

Schultz said despite what she sees and has been through, she remains optimistic.

“We are seeing a lot of good partnerships emerge with creative solutions to the spread of wildfire,” she said. “States are investing in forest and fire management, and there’s cooperation between states, the federal government and with other partners.”

Congressman Neguse is leading the House fire caucus and has proposed legislation to create a Civilian Climate Corps, which would create jobs and a workforce to support climate adaptation, forest restoration and outdoor recreation.

“We have worked our way into this problem with anthropogenic climate change, land use change, and a century of fire suppression,” said Schultz. “It will take some time to get out. There are long-term challenges, and we’re seeing incremental progress now that’s really valuable. But addressing these problems will take steady work and ongoing attention for decades to come.”

The oversight hearing led by Rep. Joe Neguse will be held Thursday, April 29, at 1 p.m. Eastern.