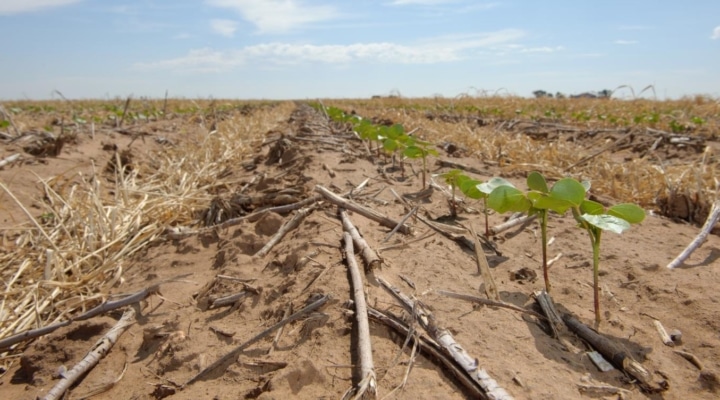 WASHINGTON — A new computational model shows how different patterns of crop rotation–planting different crops at different times in the same field–can impact long-term yield when the crops are threatened by plant pathogens. Maria Bargués-Ribera and Chaitanya Gokhale of the Max Planck Institute for Evolutionary Biology in Germany present the model in PLOS Computational Biology.

The continual evolution of plant pathogens poses a threat to agriculture worldwide. Previous research has shown that crop rotation can help improve pest control and soil quality. Other research shows that switching the environment in which a pathogen grows can limit its reproduction and change its evolution. However, these two concepts have been rarely studied together from an evolutionary point of view.

To better understand how crop rotation can protect against pests, Bargués-Ribera and Gokhale developed a computational model of the technique that integrates evolutionary theory. They used the model to investigate a scenario in which cash crops (grown for profit) and cover crops (grown to benefit soil) are alternated, but are affected by a pathogen that only attacks the cash crops.

The analysis identified which patterns of crop rotation maximize crop yield over multiple decades under the given scenario, revealing that regular rotations that switch every other year may not be optimal. The findings suggest that the long-term outcome of crop rotation depends on its ability to both maintain soil quality and diminish pathogen load during harvesting seasons.

“Our model is an example of how evolutionary theory can complement farmers’ knowledge,” Bargués-Ribera says. “In a world with ever increasing food demand, ecological and evolutionary principles can be leveraged to design strategies making agriculture efficient and sustainable.”

Future research could apply the new model to specific species to assess crop rotation patterns for specific crops and their pests. The model could also be used to help study the combined effects of crop rotation and other pest control techniques, such as fungicides and use of crops that have been genetically modified for pest resistance.