Primary activities for this week included cutting hay, topping tobacco, and spraying of field crops. A small portion of the tobacco crop has been cut according to reports. Parts of the state received some rain last week, however dry conditions persist. Drought coupled with hot weather has taken a toll on some of the pastureland and hay. Later planted corn and soybeans could be damaged if the dry conditions continue. 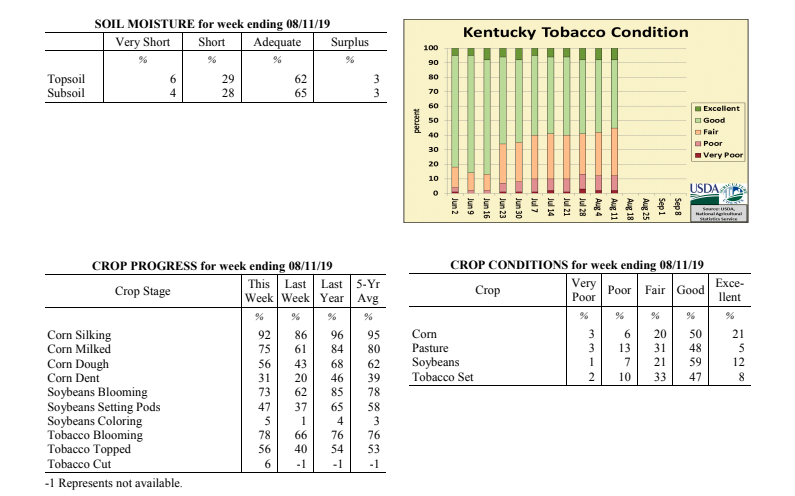