Primary activities this week included harvesting corn, and cutting hay and tobacco. Heavy rain later in the week and over the weekend from remnants of Tropical Storm Gordon led to minor flooding; rains were mostly absorbed into the soil from past dry weather. Fieldwork was delayed towards the end of the week, as farmers held off on harvesting crops. Recent wet weather has tobacco producers concerned over house burn and curing conditions. Excessive rainfall in areas has increased weed pressures in fields and pastures. 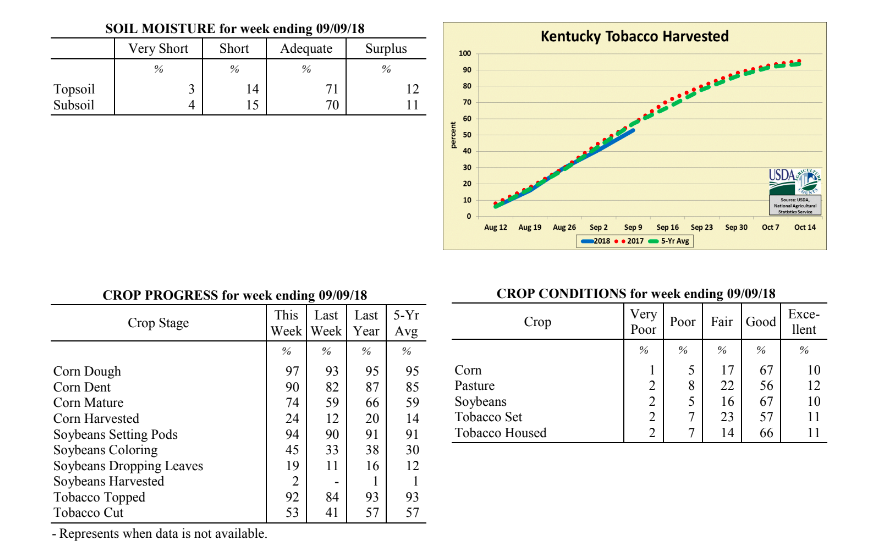