Primary activities for the week included harvesting corn and soybeans along with tobacco stripping. (United Soybean Board via Flickr)

Primary activities for the week included harvesting corn and soybeans along with tobacco stripping. Farmers were finally able to get back in the fields this week as the weather stayed dry and temperatures were relatively mild. With that being said, the harvest of both corn and soybeans remains behind both last year and the five year average due to wet conditions through most of November. The percentage of tobacco stripped is on pace with last year. The current supply of hay and roughage is mostly adequate at this time and will be aided by good pasture conditions. The condition of planted winter wheat was reported as mostly good with seventy six percent of the crop emerged. 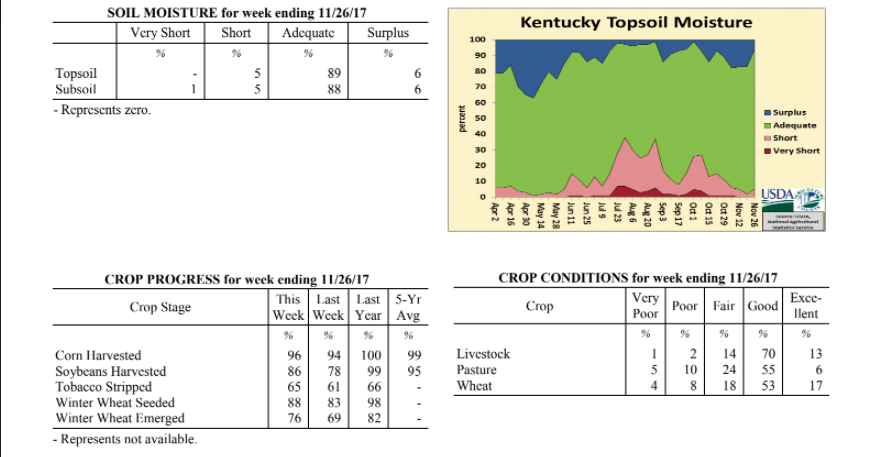