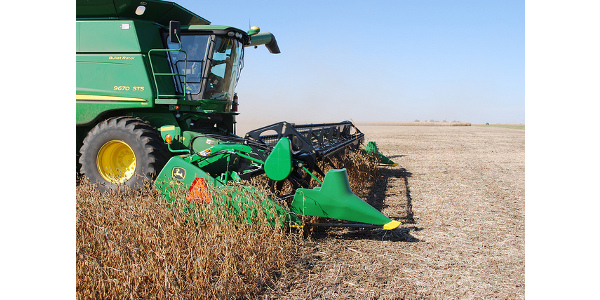 Primary activities for the week included harvesting corn, soybeans, tobacco, and hay. The majority of the state experienced hot and dry conditions this week allowing for good progress in the fields. Harvesting of corn and soybeans is behind last year at this time while tobacco cutting is slightly ahead. Early yields for corn and soybeans are looking positive with condition rated as mostly good for both crops. Condition of housed tobacco was rated as mostly good, however it is noteworthy that there was some reported house burn due to the hot weather this week. Pasture conditions remain good, but the heatwave did stress cattle in several areas. 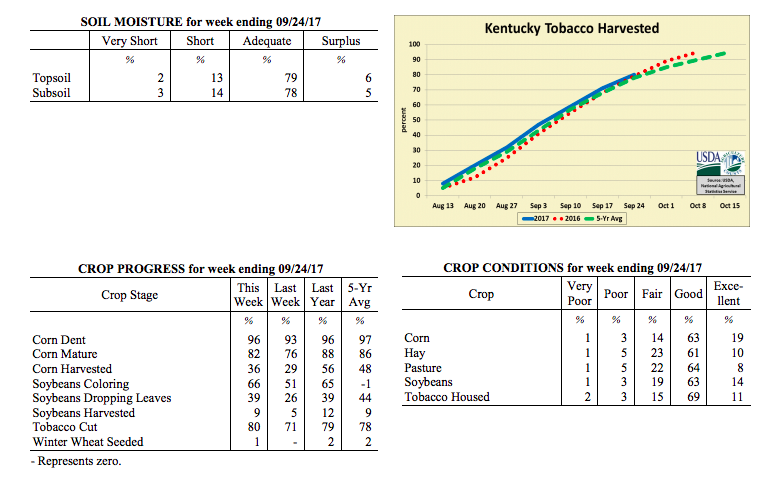