Primary activities this week included cutting hay and tobacco along with corn harvesting. (United Soybean Board via Flickr)

Primary activities this week included cutting hay and tobacco along with corn harvesting. Soybean harvest has just begun, but it is on par with last year and the five year average. There was some rain and cool temperatures this week to alleviate the dry conditions in parts of the state. Much of the state received heavy rainfall from Hurricane Harvey the previous week and the ground moisture has remained sufficient for crop development. There is considerable weed pressure, however crops have been able to compete due to continued growth. 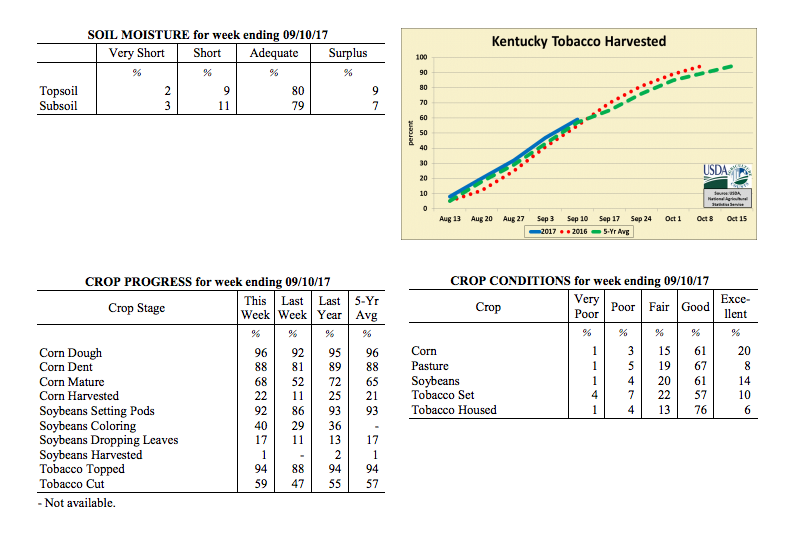