Home / Kentucky / Crop progress and condition
A new user experience is coming! We'll be asking you to login to your Morning Ag Clips account March 1st to access these new features.
We can't wait to share them with you! Read more here. 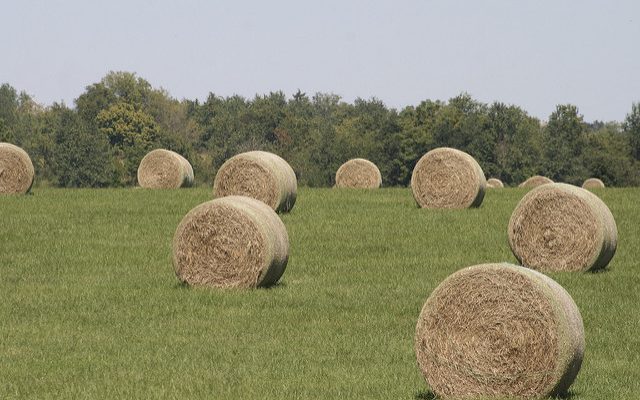 Most producers still feel hay supplies are adequate; however, poor quality has some supplementing with grain or protein. (Adam Skowronski via Flickr)

LOUISVILLE, Ky. — Weather conditions were variable during January, with above normal temperatures and precipitation for the month. During the first week, colder temperatures were experienced for most of the state, with 1 to 3 inches of snowfall and wind chills below zero in some areas. Following this cold spell, temperatures were abnormally higher with widespread rainfall. The month ended with temperatures declining more in line with seasonal averages.

Precipitation totals by climate division, West 3.42 inches, Central 4.42 inches, Bluegrass 4.07 inches and East 4.24 inches, which was -0.26, 0.68, 1.05 and 0.68 inches respectively from normal. Tobacco producers near completion on stripping tobacco. The amount of tobacco stripped was at 95 percent, consistent with the previous year. Winter wheat was rated in mostly good condition. The mild winter so far has allowed winter wheat to green-up early, with some farmers beginning nitrogen applications. Winter wheat conditions were rated as 3% very poor, 6% poor, 23% fair, 59% good, and 9% excellent.

Most producers still feel hay supplies are adequate; however, poor quality has some supplementing with grain or protein. Hay and roughage supplies were reported as 4% very short, 15% short, 72% adequate, and 9% surplus. Livestock was rated in mostly good condition, although feeding areas and pastures are very muddy from the excess rainfall. Livestock conditions were rated as 1% very poor, 3% poor, 19% fair, 66% good, and 11% excellent.

Farmers have been busy soil sampling and working on equipment to prepare for spring planting.