Primary activities this week including harvesting wheat, cutting hay, planting soybeans and tobacco, and scouting crops. Spotty showers and rainfall events led to some reports of local flooding in low-lying fields and delayed fieldwork periodically. Precipitation has helped to green-up pastures and hay fields. The first cutting of hay is finishing up in most areas. The average height of emerged corn was 38 inches, compared to 37 inches last year. The average height of tobacco in the field was 10 inches, compared to 9 inches last year.

Some disease and insect pressure has been reported in fruit and vegetable crops. Livestock heat stress was of concern this week due to high temperatures and humidity. 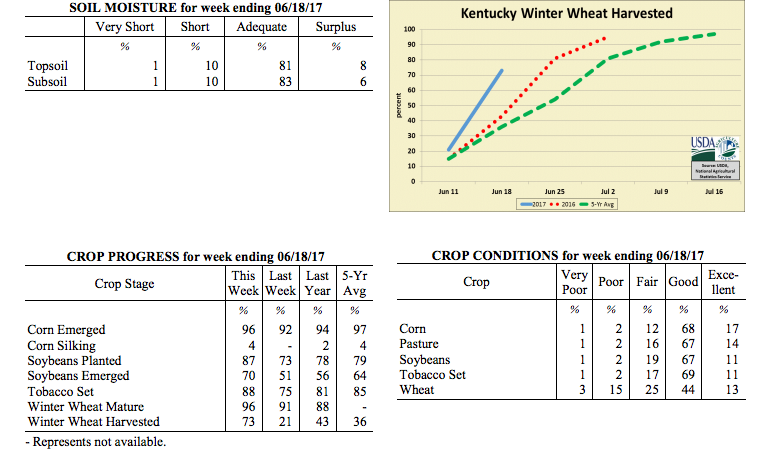 Watch for spider mites on vegetables