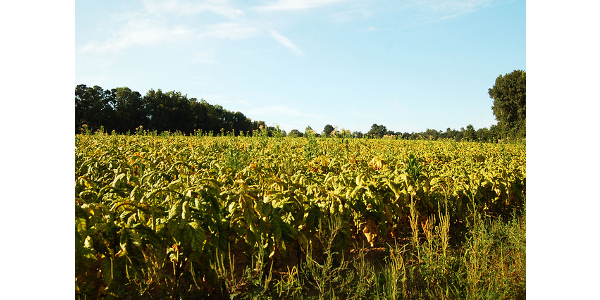 Primary activities for this week included topping and cutting tobacco. The corn harvest has begun for some producers, however they are still in the early stages. Farmers across most of the state received much needed rain and reprieve from hot weather. Hurricane Ida brought cooler temperatures along with widespread precipitation. It is of note that bottom lands were subject to flooding in several areas. Both corn and soybeans are progressing steadily and remain in overall good condition. Tobacco cutting continues to move steadily with 47 percent of the crop harvested. The tobacco crop is in mostly good condition at this time.

Pastures should replenish from recent rain and will also benefit from milder temperatures. Livestock are also in good overall condition and will improve with the cooler temperatures. The intense heat through August put a good deal of stress on animals. The quality of the hay crop is mostly good, however many second cuttings have not been tested for quality. There continues to be reports of forage damaged by armyworms. 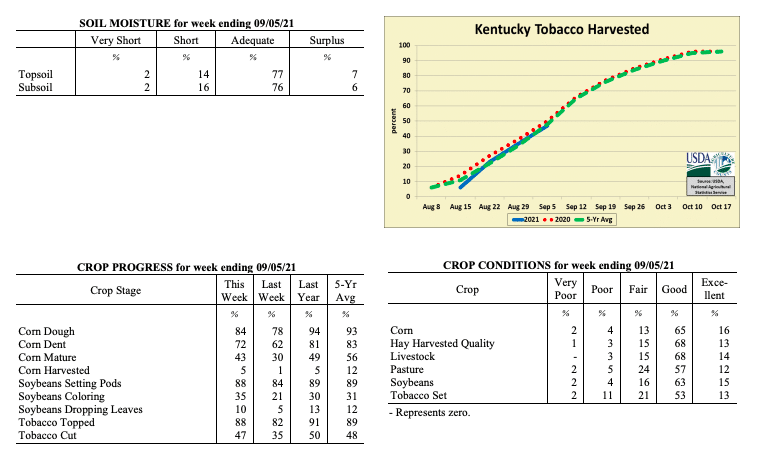