Primary activities for this week included spraying, cutting hay, and topping tobacco. Mostly dry weather continued to prevail across the state. Although conducive to field work, the dry weather has taken a toll on both crops and livestock. Pastures are slow to regenerate and crops are beginning to stress and wilt in many areas. There were reports of corn aborting kernels and tipping back as well as soybeans showing stress as they attempt to fill pods. Ninety-three percent of the corn crop is in the silking stage while 73 percent of the crop is milking. Fifty percent of corn is doughing with 24 percent of the crop in the denting stage. Eighty-two percent of soybeans are blooming while 63 percent are setting pods. One percent of soybeans are coloring at this time. With 71 percent of the tobacco crop blooming, topping is 50 percent complete. The condition of corn, soybeans, and tobacco remain in mostly good condition however all three crops showed a slight decline this past week.

Farmers continue to cut hay as weather has been cooperative, however the quality is suffering for some due to drought. As pasture condition decline, farmers may start supplementing with hay. Some timely rain will be very good across the state. 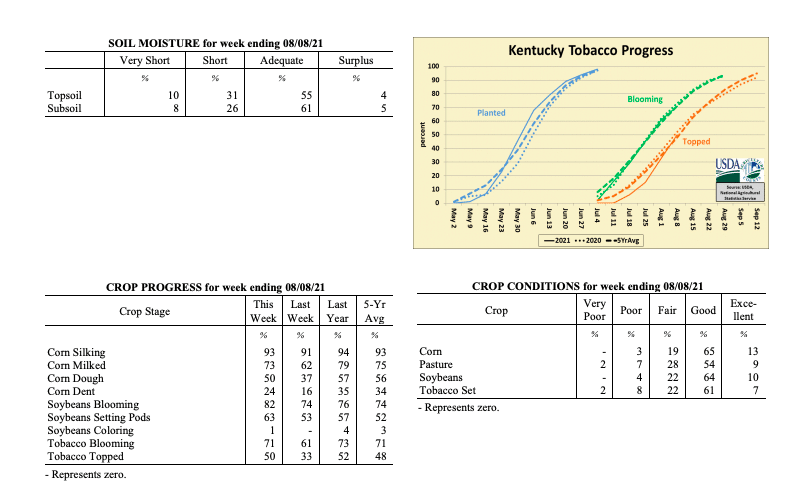 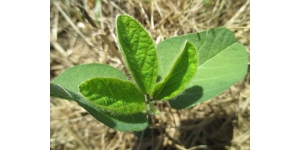