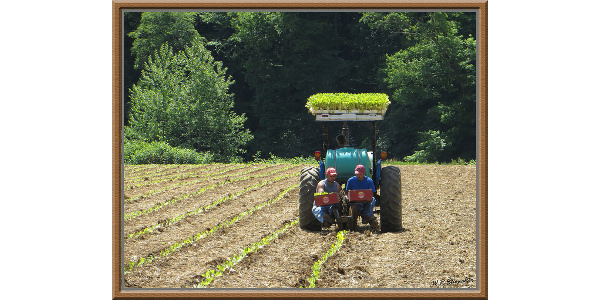 Primary activities for this week included planting corn and soybeans, setting tobacco, and cutting hay. Summer like temperatures and dry weather prevailed throughout this past week. Farmers were able to make strong headway in the fields and continue to be ahead of last year’s planting. If the dry conditions persist, field crops may begin to show stress. Freshly planted seeds may become vulnerable with a lack of precipitation. It is of note that insect issues have been reported in parts of the state. As corn planting makes steady progress, emergence is at 64 percent. The corn crop is rated mostly good at this time. Soybean planting remains ahead of where it is historically at this juncture with 32 percent of the crop emerged. Like corn, the soybean crop is in mostly good condition. Tobacco setting is now in high gear and will move rapidly as weather allows. Tobacco transplant supplies are rated as 1 percent short, 96 percent adequate, and 3 percent surplus.

Wheat condition remains mostly good with 90 percent of the crop headed. Pasture condition is good and growth is strong thanks to recent weather. Strawberries are in mostly good condition and were not widely damaged by recent frosts. A good deal of hay acreage was harvested this past week as weather conditions allowed. 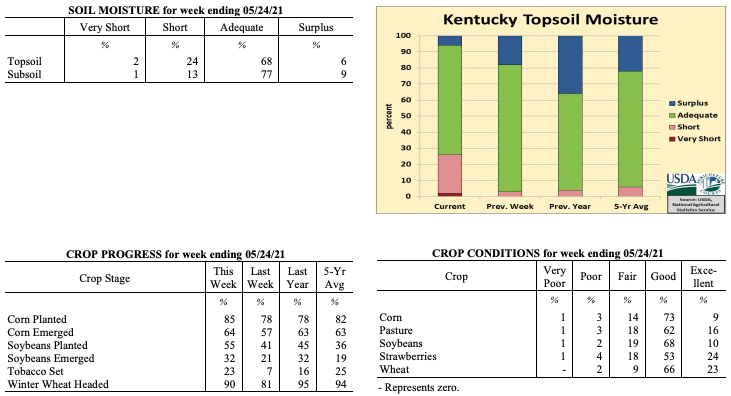 The value of cover crops to the land and the farmer