Primary activities for this week included planting corn and soybeans along with seeding tobacco transplants. (United Soybean Board via Flickr)

Primary activities for this week included planting corn and soybeans along with seeding tobacco transplants. With rain showers halting fieldwork at times during the week, farmers forged ahead with every opportunity. Soybean planting is ahead of where it has been historically at this point in the season. Tobacco transplants are 95 percent seeded, slightly ahead of both last year and the five-year average. The transplants are in mostly good condition at this time with height rated as 23 percent less than 2 inches, 44 percent 2 – 4 inches, and 33 percent larger than 4 inches. 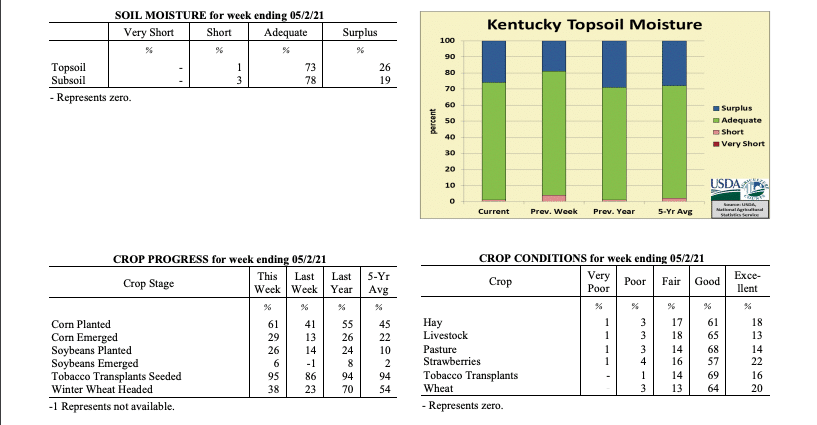