Primary activities for this week included cutting hay along with topping and cutting tobacco. (Wisconsin Department of Natural Resources via Flickr)

Primary activities for this week included cutting hay along with topping and cutting tobacco. Although temperatures were pleasant for the most part, heavy rain showers deterred fieldwork at times. Some flooding likely occurred due to the slow moving systems, however widespread flooding has not been observed at this time. Corn and soybeans are being sprayed, but a fair amount of Southern Rust on corn has been reported in portions of the state. 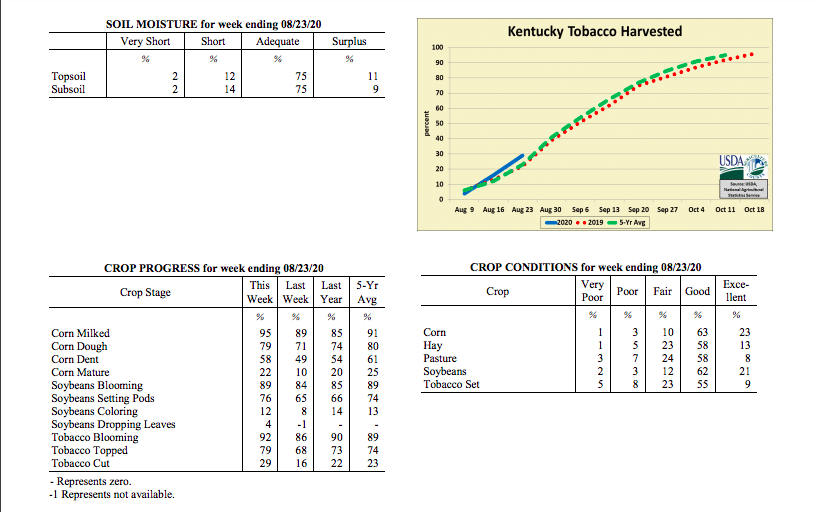