Primary activities for this week included topping and cutting tobacco, spraying, and cutting hay. Scattered storms and rain disrupted field activities at times over the past week. There were some areas that were subject to excessive rain and flooding, however damage has not been evaluated at this juncture. The effect of Southern Rust on corn where fungicide was not sprayed is not yet clear. Pasture and hay regrowth will be promoted in areas where the rainfall was more moderate. 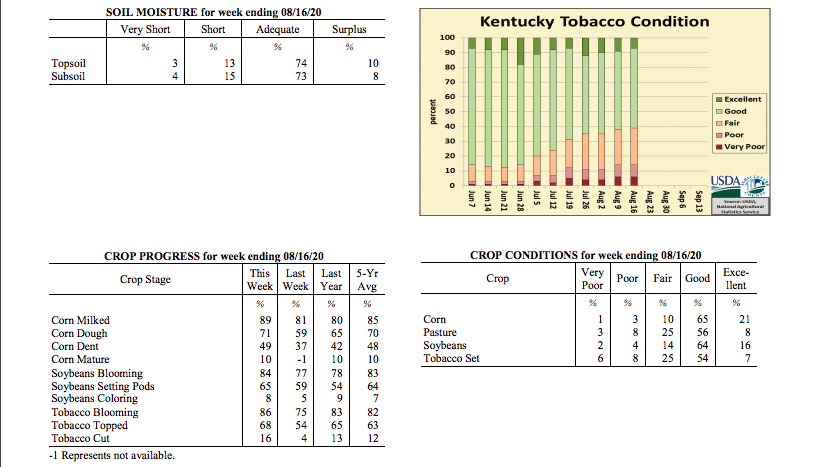