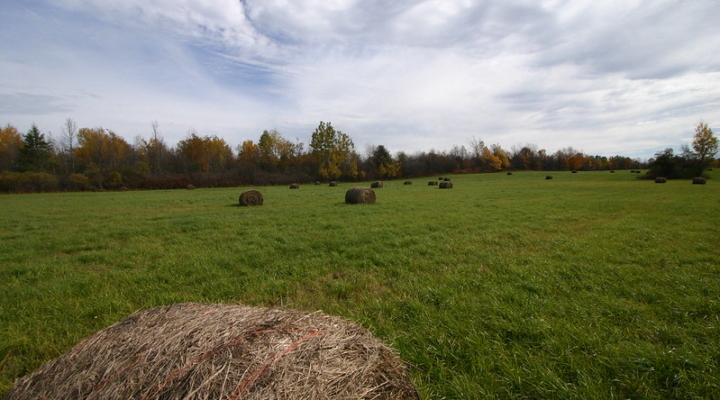 According to the latest crop report from the National Agricultural Statistics Service, Virginia is officially in a state of moderate drought, and conditions are getting worse. The last significant statewide rain system was in early July.

RICHMOND, Va. — After starting the year with a surplus of moisture, most Virginia farmers now are anxiously awaiting rain after several months of dry weather.

According to the latest crop report from the National Agricultural Statistics Service, Virginia is officially in a state of moderate drought, and conditions are getting worse. The last significant statewide rain system was in early July.

The report notes that topsoil moisture is short or very short for 88% of the state. Hay and roughage supplies are in the same condition for 52% of the state’s livestock producers.

Rainfall records show that the Lynchburg area is currently 4.29 inches short compared to the average annual amount. Roanoke is .33 inches below average, and the Washington area is 1.58 inches short. Only the Norfolk region is showing a strong positive balance, at 2.53 inches above the annual rainfall amount.

These figures are the complete opposite of last fall, when farmers had to stretch their harvest seasons well into the winter because of excessive rain.

“For the majority of Virginia grain farmers, it’s currently too dry to plant their winter grains,” said Robert Harper, grain marketing manager for Virginia Farm Bureau Federation. “Farmers who’ve set aside land and purchased seed and fertilizer, they’re just waiting. No one has been harmed yet, we’re still at the beginning of the planting window. But the clock is ticking.”

Depending on where you are in the state, the window to plant barley is mid- to late October; it’s mid-October to Nov. 1 for winter wheat, Harper said. “Now it’s bone-dry on the Northern Neck.”

Many Virginia grain producers who participate in conservation programs are faced with a difficult choice, he added. It’s too dry for seeds to germinate, but those programs require them to plant cover crops each winter, and those planting dates are set by the calendar, not weather conditions. Some farmers are spreading their seed now, hoping the weather will break and they’ll get some significant rain.

Harper added that soybeans that were planted early also are suffering some yield losses due to the dry conditions. “Growers are hoping that as we get into full harvest season the quality and yields will improve.”

Meanwhile, the NASS report noted that livestock producers in Southwest Virginia are struggling to feed their animals. Several counties have instituted a burning ban, and most cattle producers are feeding hay several weeks earlier than they normally would, because pastures are parched.

Maryland Horse Industry Board to Meet on October 18