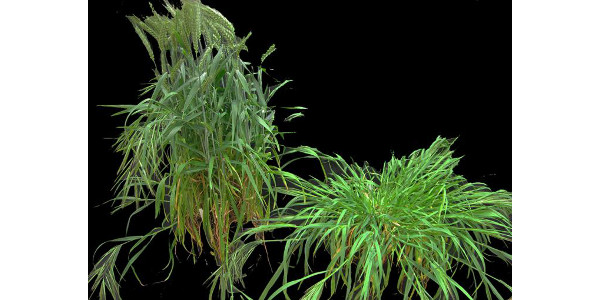 WESTMINSTER, Colo. — A new study featured in the journal Weed Science points to the formidable weed control challenges faced by growers today. Weeds have developed resistance to many existing herbicide options, and new herbicide discoveries have plummeted. As a result, nonchemical approaches are growing in importance.

Researcher Michael Walsh of the University of Sydney explored the impact that crop density might have on the biomass and seed production of four weed species found in Australian wheat crops.

When wheat was planted at the commercially recommended density of 120 plants per square meter, the biomass of rigid ryegrass, wild radish, ripgut brome and wild oat were reduced by 69, 73, 72 and 49 percent, respectively, compared to weeds grown in the absence of wheat. Weed seed production was reduced by 78, 78, 77 and 50 percent, respectively.

When wheat was planted more densely with 400 plants per square meter, there were additional reductions in both weed biomass (19, 13, 20 and 39 percent) and in seed production (12, 13, 17 and 45 percent). Grain yields remained the same.

Walsh also found that crop competition causes weeds to grow more upright and retain significantly more of their seeds in the upper crop canopy. “This modified growth pattern makes it possible for more weed seeds to be captured and destroyed as the wheat is harvested,” he says.

Second round of ReConnect program funding to open
January 28, 2020