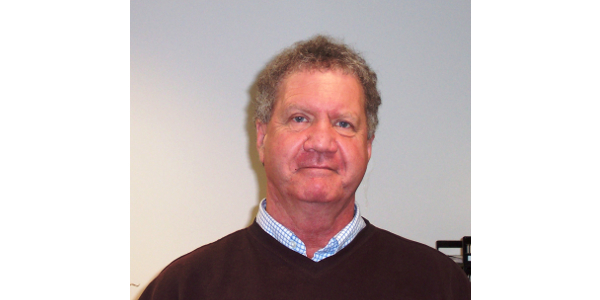 Tom Quinn lives in Menomonie with his wife, Helen. He has served as Executive Director of Wisconsin Farmers Union since 2011. Quinn is stepping down from that role but looks forward to continuing to be active in speaking up for family farms as a member of the Dunn County Farmers Union, while also finding more time for sailing and spending time with his grandchildren. (Courtesy of WFU)

CHIPPEWA FALLS, Wis. — Is the cycle of economic crisis in agriculture caused by inevitable market forces, conspiracy, bad luck, or failed policies? Does it matter? Yes.

For farmers the up and down cycle of farm prices can seem almost inevitable – a natural cycle that can’t be controlled, and survived only by relying on their own hard work, luck and wits. To economists, the cycle reflects the natural working of the market, with production efficiencies leading to bursts of unmanaged surplus, leading inevitably to lower prices, and then, after a period of crisis, to a period of relative stability. This new stability, of course, always arrives with far less farmers on the land and wealth and markets controlled in far fewer hands.

The farmers who remain are offered glimmers of hope: expanded trade will take care of surplus production and raise prices, technology will lead to more efficiency and cut costs, and the conviction that if we can just hang-on long enough things will get better. This may be false hope, but false hope can seem better than no hope.

This cycle, in broad strokes, is the story of farm and rural policy in America. Our early farming structure was largely based on concentrated land ownership (slave plantations, bonanza wheat farms and huge cattle ranches and haciendas). This all changed with the ending of slavery, the settlement of the West and the passage of the Homestead Act. Millions of Americans were given the opportunity to own a farm.

In a thoughtful booklet, “A Brief Review of US Farm Policy,” published by the League of Rural Voters in the midst of the 1980’s farm crisis, Mark Ritchie and Kevin Ristau, with help from current Wisconsin Farmers Union member Jim Hare, argued that the story of family farmers ever since that period has been one of farmers’ efforts to hold on to their land and their dreams in the face of an unrelenting cost/price squeeze from the monopolies that controlled markets, inputs, transportation, and finance.

The direct effect of this long-term squeeze generally came in the form of a crisis, usually manufactured by powerful economic interests and explained as the inevitable result of normal market forces and progress. Farmers, however, understood that the game was rigged.

The story of how America’s farmers organized to fight back against this rigging is worth remembering.
For example, in the 1890’s and early 1900’s a series of rural depressions led farmers to organize the Non-Partisan League and take over state legislatures, challenging the government policies that had allowed the railroads, banks and grain monopolies to create the crisis. In North Dakota farmers established a state bank and a state grain elevator – both still in operation today.

By the 1920’s, as the rural crisis spilled into the Great Depression, farmers fought to establish new federal farm policies that could provide long-term stability for family farms. When fully developed, the core “parity-based” farm programs they won provided fair prices, management of production, locally controlled conservation programs and access to financing – without relying on subsidies.

From 1935 to the early 1950’s these programs avoided the cycle of crisis. They increased the number of farmers, expanded soil conservation and stabilized consumer prices. The Commodity Credit Corporation which provided market stabilizing loans to farmers, actually made $13 million.

By the 1950’s, however, it became clear these policies conflicted with the goals of other powerful economic interests. Ritchie and Ristau pointed to the emergence of corporate think-tanks such as the Committee for Economic Development (CED), which pushed for free market farm policies. CED whitepaper reports clearly articulated this view.

“The Choice Before Us: (a) a leakproof control of farm production or (b) a program, such as we are recommending here, to induce excess resources (primarily people) to move rapidly out of agriculture”.

One prominent economist, Kenneth Boulding, was even more direct, calling for policies that would create an economic crisis and force farmers to leave. “The only way to get toothpaste out of a tube” he wrote, “is to squeeze… If you can’t get people out of agriculture easily, you are going to have to do farmers a severe injustice”.

Over the next 50-plus years, this policy of crisis would become normalized in America, even among many farmers and organizations. The story of how that happened is complicated and not without blame, but it is good to remember that these were openly expressed policies which many seemingly thoughtful people agreed with. Turns out, they were wrong, and instead of providing sustained rural prosperity, they have provided us with one unnecessary crisis after another.

The major farm crisis of the 1980’s was the direct result of this shift toward free market, feed the world, subsidy-based farm policies. They created a bubble of rising prices, dramatically increased debt, and artificially high land values. Many thousands of farmers were caught in the tube and squeezed out. The impact back then seemed to be largely quantitative. Farms got bigger, marketing and supply chains became even more consolidated.

Today these same policies are shaping a new farm crisis that is squeezing another group of farmers. But this crisis feels different in some important ways. There are still quantitative impacts (Wisconsin is down to about 8,700 dairy farms and we will likely lose another 500 this year). But the most meaningful impacts of this crisis seem more qualitative than quantitative.

Once again some neighbors will buy available land for expansion, but increasingly land purchases are being driven by the opportunity to establish much, much larger farms. Some of these may be family operations, but increasingly the largest expansions are driven by outside investment and ownership is no longer local. We are beginning to see dairy processors actively investing and owning their own large dairies, in direct competition with their patrons. At a recent Barron county meeting farmers reported that an outside investment group had purchased over 6,000 acres of the best farmland in their area, and was looking for more.

Our current crisis is again driven by failed policies that create unmanaged surpluses and depressed prices. For now, the bubble is supported by cheap credit, debt expansion and program payments, but this will again prove unsustainable. America’s farmers, and all citizens really, can learn from the history of democratic engagement that won important reforms during other times of crisis. This will not happen easily or quickly, but it does need to happen if we want a real future for family farms.