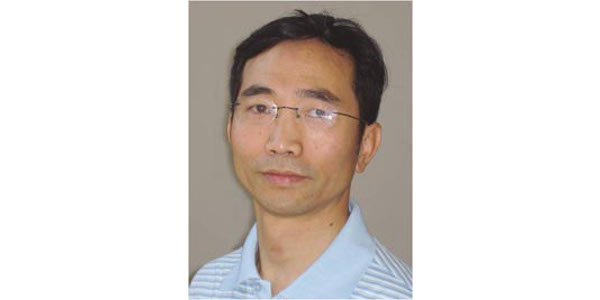 MINNEAPOLIS — California waste recovery company Resynergi Inc. is drawing on University of Minnesota expertise and technology to develop and commercially manufacture a biorefining technology that converts both plastic and biomass into oil and gas.

Resynergi is combining U of M Professor Roger Ruan’s microwave-based technology to convert biomass such as waste wood or crop residue into oil with its own modular, microwave-based system to transform unrecycled waste plastic into biodiesel from a broadened range of feedstocks.

“Roger has a lot of projects going, but once we were able to get his ear and earn his interest, our own nascent microwave pyrolysis technology benefitted greatly from his many years of experience developing biorefining systems,” said Bauer. “It’s exciting to have a formal agreement in place with the University of Minnesota to broaden the kinds of waste we can process and to incorporate Roger’s ideas more formally while we continue to draw on his biosystems knowledge.”

Ruan, a professor in the College of Food, Agricultural and Natural Resource Sciences (CFANS) Department of Bioproducts and Biosystems Engineering, has created chemical refining innovations that have yielded 15 U.S. patents in the areas of food stability, alternative food processes, and renewable energy, and he leads the Center for Biorefining, which facilitates University-industry collaboration for bio-based chemical refining research, development and education.

Ruan’s work has focused mainly on transforming biomass but is gradually introducing plastic feedstocks into his work. He sees potential in Resynergi’s scaled-up biorefining system because of its energy efficiency and its relatively small footprint—a bioreactor and peripheral equipment can fit in a standard 9-by-20-foot shipping container—which makes it more accessible affordable for a wider range of potential clients seeking to convert waste to energy.

“The microwave pyrolysis and gasification technology that Resynergi is commercializing could soon be widely used for various solid-waste-to-energy systems, including waste plastics and other municipal solid waste materials,” says Ruan. “The incorporation of our microwave technology into Resynergi’s modular systems gives us renewed confidence in this application as well as other related renewable energy technologies we’re developing at the U of M.”

Resynergi’s current technology, called continuous microwave-assisted pyrolysis (CMAP), can recover 250 gallons of diesel fuel from 1 ton of plastics (Nos. 2, 4, 5 and 6) at a cost of about $ 0.25/gallon, far below the current industry average. The market for plastic recycling and re-use in the United States is enormous, with 33.5 million tons of plastic waste produced annually but less than 7 percent recycled, with most waste being sent to municipal landfills or shipped overseas, according to the Environmental Protection Agency and Energy Information Administration.

The microwave pyrolysis system is expected to be on the market later this year.

The Center for Biorefining has received funding from the federal Department of Energy, Department of Transportation, Department of Defense, and US Department of Agriculture, as well as the Legislative-Citizen Commission on Minnesota Resources (LCCMR), and Xcel Energy for research and development of biorefining technology and systems.