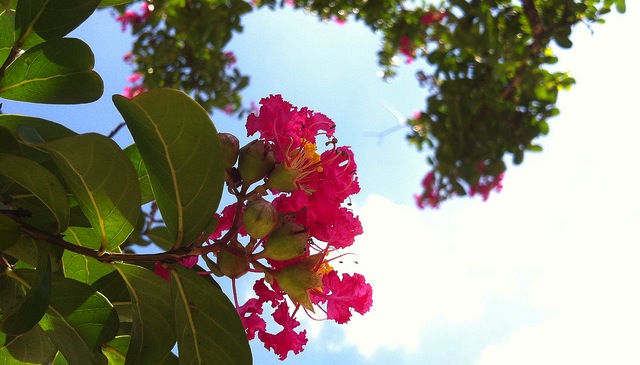 GAINESVILLE, Fla. — With spring around the corner, many homeowners are eyeing their crapemyrtle for a good pruning or topping. But pruning may not be necessary, and take too much off and you could harm the tree, said Gary Knox, a professor of environmental horticulture with the University of Florida Institute of Food and Agricultural Sciences.

Traditionally, crapemyrtles were routinely topped, leaving large branch and stem stubs, Knox said. This practice has been called “crape murder” because most people dislike the winter appearance, but many professionals believe the practice impacts crapemyrtle health and structural integrity, he said.

According to Knox, homeowners and land managers should only prune a crapemyrtle for general safety, health of the tree, or if the tree is growing into a house. “Sometimes the tree will grow into a sidewalk, into the side of a building, or obscure the vision of drivers,” Knox said. “So, there is a time to prune the crapemyrtle, but you must do it carefully. Crapemyrtle may need little or no pruning if planted in full sun away from walkways and roads, and in areas with room for plant growth.”

Research shows that that the harder you prune, the more you delay flowering by up to a month, said Knox, who is based at the UF/IFAS North Florida Research and Education Center in Quincy, Florida. “What can happen is that you top the tree and leave big, thick stumps. The tree has to expend a lot of energy to recover, and it takes time before the tree can begin flowering,” he said.

Unpruned trees flower in May or June, but heavily topped trees bloom as late as July, Knox said. “In addition, topping stimulates more summer sprouts from the roots and results in greater maintenance,” he said. Also, topping makes crapemyrtle more susceptible to disease because of the large wounds left by pruning, Knox said.

Knox offered suggestions for pruning a crapemyrtle. “Make pruning cuts at the crotches of the branches, so it will appear more natural,” he said. “But, be judicious in your trimming.”
Click here for more information on topping and other pruning techniques. 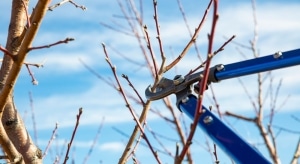 Stop before you lop – a quick guide to winter pruning

STILLWATER, Okla. — To prune or not to prune? That is the question. When Oklahoma experiences warmer weather in the winter months, homeowners may want to take advantage of the milder temperatures and get a head start pruning trees and shrubs in the landscape. The purpose of pruning is to maintain the intended purpose of the […]

These bugs may eat invasive cogongrass