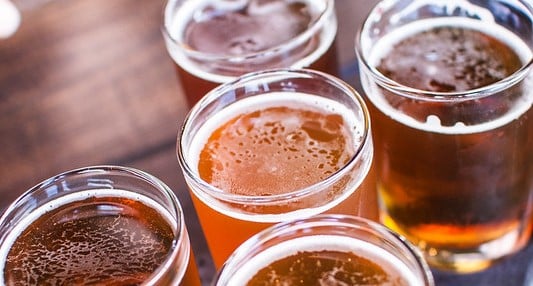 Assemblywoman Donna Lupardo and Senator Rachel May authored the legislation that exempts samples of beer from sales tax in tasting rooms throughout the state. (Stock photo: Rod, Flickr/Creative Commons)

ALBANY — A taste of one of New York’s most popular beverages will now come tax-free following legislation that was signed into law Monday. Assemblywoman Donna Lupardo and Senator Rachel May authored the legislation that exempts samples of beer from sales tax in tasting rooms throughout the state.

“We’ve been focused on growing New York’s craft beer industry for many years now,” said Assemblywoman Donna Lupardo. “This reform will encourage consumers to try different varieties of beer while supporting New York’s world-class craft breweries. I’d like to thank Senator May for partnering with me on this legislation.”

Senator Rachel May said: “New York is home to more than 400 breweries, and I am happy to work with Assemblywoman Lupardo to make it easier for them to provide tastings that will attract more people to their businesses and introduce more people to wonderful New York State beer.”

Beer was previously tax-exempt if it was given away in tasting rooms, but not if businesses charged for samples. The wine industry has already been afforded this exemption and the new law levels the playing field for other craft beverages. Under the law, tasting rooms will be able to sell up to four, four-ounce servings without charging tax. This change in the alcohol beverage control law was a top priority for the NYS Brewers Association.

“I would like to thank Assemblywoman Lupardo and Senator May for sponsoring the Use & Sales Tax exemption for breweries that sell samples of beers in their tap rooms,” said Kristen Lyons, owner of Binghamton Brewing Co. and Board Member of the NYS Brewers Association. “Flights are extremely popular in breweries and are an important source of revenue for small, growing breweries. Exempting sales tax on these samples allows breweries to reinvest in equipment, infrastructure, and jobs which will further add to the growth of our industry and craft beers’ $5.4 billion impact to NYS.”