Home » Cow-calf enterprise expenses are up 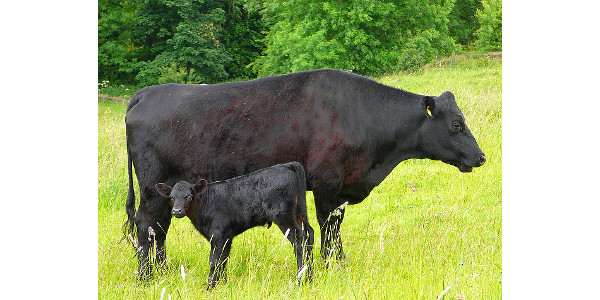 Average expenses are up 144 percent. (Tim Green via Flickr)

First, how much does the average beef producer have invested in the cattle operation? Second, can a producer get a fair market return on that investment?

So let us look at the dollars and cents of the cow-calf business, keeping in mind that the business really does not have an average cow-calf person. The reasons, the “whys,” and the ultimate end desires vary more than we have words to describe. Perhaps that is why these discussions often evolve around the word “commodity.”

Commodity beef production focuses on prices, assuming the greater the price, the bigger the check, thus more positive the outcomes. However, expenses play a key role in what remains of the beef check.

The beef industry enjoyed high prices a few years ago. Today, some leveling has occurred in the current beef producer’s expectations of the market, leading to renewed interest in keeping costs under control.

With no upper or lower limits to price, managerial commitment to control costs is imperative, so let us look at current costs. A review of FINBIN (https://finbin.umn.edu/) from the Center for Farm Financial Management, University of Minnesota, really helps get a handle on dollars.

In reality, costs continue to rise, marketable production remains stagnant and prices have leveled. Yet, the current response to staying in the cow-calf business is similar to previous responses. Producers generally focus on the market price of calves, promptly noting if a change in market direction occurs.

The actual cow-calf costs are generally not part of the equation. As the record prices of previous years are put in the history books, today’s backgrounders and feedlot owners will buy calves at a price based on potential market indicators and the ability to profit, as well as seek a positive return on investment. They will continue to project income and subtract expenses while managing grass calves or feedlot calves.

Break-even prices will be calculated based on the costs associated with the cattle-feeding operation. In theory, supply and demand will negotiate the final price that a grass or feedlot manager will offer to cow-calf producers.

Once the final purchase is settled, feedlots will manage cattle so carcass quantity and quality will maximize the cattle-feeding operation’s capacity to offset costs. Feedlots will revisit costs and adjust costs and the price of incoming cattle to manage expected returns.

Ultimately, understanding consumer demand factors into the equation. So what can the cow-calf producer do? The cow-calf producer needs to know input costs to help determine break-even prices and, more importantly, realize some profit and an acceptable return on investment.

Average expenses are up 144 percent. Good business practices, associated data and marketing skills need to be the cornerstone of the cow-calf operation. Then implement tight cost controls for a return on the investment.