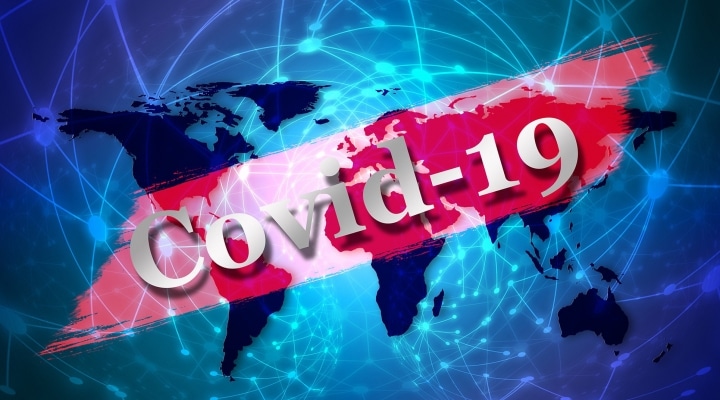 Job losses resulting from the coronavirus pandemic have affected wide swaths of the population, but workers in some demographic groups and industry sectors have been hit harder than others, according to "COVID-19 and Pennsylvania’s Economy," a series of reports compiled by researchers in Penn State's Center for Economic and Community Development. (photo by Prachatai, creative commons/flickr.com)

UNIVERSITY PARK, Pa. — Job losses resulting from the coronavirus pandemic have affected wide swaths of the population, but workers in some demographic groups and industry sectors have been hit harder than others, according to “COVID-19 and Pennsylvania’s Economy,” a series of reports compiled by researchers in Penn State’s Center for Economic and Community Development.

The economists found that during a nearly eight-month stretch from February to October of this year, the rates of claims for unemployment compensation in Pennsylvania were highest for Blacks, women and workers age 65 and over. Industry sectors in which employees submitted high percentages of claims included accommodations and food services — such as hotels and restaurants — and arts, entertainment and recreation. Lost wages for workers filing claims during that time reached into the billions of dollars.

“The impact on workers of losing their jobs under COVID-19 can be devastating,” said Timothy Kelsey, co-director of the Center for Economic and Community Development and professor of agricultural economics in the College of Agricultural Sciences. “Job loss and any resulting loss of income can be particularly challenging in single-earner households, threatening their ability to make rent or mortgage payments and buy food and other necessities.”

He noted that it also can mean the loss of health insurance if workers receive coverage through their employers. “This makes households even more vulnerable in the pandemic when they may need such insurance the most.”

To gauge the impact of COVID-related unemployment, the economists analyzed unemployment claims submitted to the Pennsylvania Department of Labor from February to October of this year. They compared those data to information from the American Community Survey and the U.S. Bureau of Labor Statistics to determine the rate of unemployment claims among racial minorities, age and gender groups, and industry sectors at both statewide and county levels.

Kelsey pointed out that researchers looked only at those workers who are eligible to file claims for unemployment compensation, which excludes workers in the “gig” economy, self-employed individuals and independent contractors, such as drivers for ride-hailing services. Therefore, he said, the overall impact of COVID-related job losses likely is greater than the analysis suggests.

“Our analysis of claims data show that Black and Hispanic women face the highest levels of unemployment, even compared to their male counterparts,” Kelsey said. “Overall, these differences by race and sex likely are due to several factors, including differences in education levels, occupation, the economic sector in which they work, cultural norms, and whether their jobs can be done remotely.”

Among age groups, unemployment during the pandemic has most affected workers 65 and older, according to the researchers. This group had claims rates ranging from 24.3% when claims peaked on May 2 to 9.5% on Oct. 10. The 20-24 age group and the 25-34 age group had only slightly lower claims rates. Kelsey noted that younger workers’ relative lack of experience and seniority puts them at higher risk of layoffs, and they also make up a large share of the workforce in some sectors affected heavily by COVID-19, such as retail, food services and accommodations.

Unemployment claims rates by sector increased dramatically in late March and early April as public awareness of COVID-19 increased and state government, consumers and businesses started taking actions to reduce exposure. Claims peaked in some sectors in late April and early May — led by construction at nearly 55%, accommodations and food services at almost 48%, and arts, entertainment and recreation at about 47% — before falling moderately.

At the same time, the estimated weekly payroll lost to workers filing unemployment claims increased significantly in early April as claims rose, growing from just less than $200 million a week through February to about $900 million on April 18, and peaking at about $1.2 billion a week on May 2.

“Lost weekly payroll has declined somewhat since that peak, but as of Oct. 10, it still was almost two and a half times pre-pandemic levels,” Kelsey said. “These losses are cumulative, totaling about $21.9 billion from March 21 through Oct. 10, which reflects a significant loss of productivity within the commonwealth’s economy, although some of these losses were offset by unemployment benefit payments.”

Kelsey said the research team plans ongoing updates to the reports during the pandemic as new data become available.

“We hope these reports can help state and local government officials, economic development groups, human service agencies and others as they discuss community needs and consider how to target aid and assistance, job training programs, and so forth.”

Also contributing to these reports were Alyssa Gurklis, program and project coordinator, Cristy Halerz Schmidt, applied research educator, and William Stone and Janelle Guidarelli, undergraduate research associates, all in the Center for Economic and Community Development. The U.S. Department of Agriculture’s National Institute of Food and Agriculture supported this work.

Biochar from agricultural waste products can adsorb contaminants in wastewater