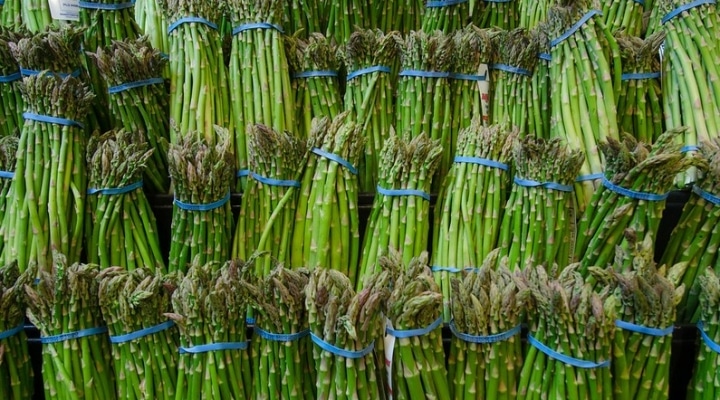 Scotlynn Group in Vittoria said despite an “overwhelming” response from locals who came forward to replace over 200 migrant workers sidelined by a COVID-19 outbreak, nearly 450 acres of asparagus will not be harvested this year.

That’s 12 per cent of all the asparagus grown in Ontario.

“We weren’t able to salvage the crop with the locals,” said Scotlynn president and CEO Scott Biddle.

“We tried. We went out fighting.”

The loss will be felt across the country, as Scotlynn is the exclusive supplier of asparagus to several major grocery chains.

“It’s just unfortunate that we won’t be able to provide some of our customers with that product,” Biddle said. “They’ll have to source from Peru or Mexico.”

Bernie Solymar, executive director of the Asparagus Farmers of Ontario, hopes those customers will look a little closer to home.

“I would sincerely hope that the retailers he supplied would go to other Ontario sources and that would be their first choice,” Solymar said. “I would think their customers would expect that as well.”

Despite some smaller growers abandoning their acreage due to labour shortages, Solymar said there is still plenty of Ontario asparagus available after the recent heat wave revived the frostbitten crop and sparked a mad scramble to harvest.

“We ended up getting a huge flush of asparagus. We went from an empty pipeline to a full pipeline in five days. Crews were out there working overtime,” he said.

But without the usual number of migrant workers in the fields, Solymar added, “there were hundreds of acres being mowed down.”

With his workforce in quarantine, Biddle offered Norfolk residents $25 per hour to pick asparagus in prearranged groups of five. People responded in droves, with some offering to forgo the inflated salary and work for free to salvage the nutritious spring crop.

“It’s humbling, for sure,” Biddle said. “It was unbelievable, the amount of people who came out to show support and gave us a hand.”

But on the first day of this makeshift harvest, it quickly became clear the plan wasn’t going to work. Not being trained on the machines used by migrant workers, the new farmhands walked the fields and tried harvesting by hand.

Compounding the problem, some of the fields had gone too long without being worked and could not be saved. Biddle said the fields will be mowed over and harvested next year when the perennial plant returns.

To Solymar, the short-lived experiment illustrated how specialized the farm labour performed by migrant workers is.

“It’s strenuous work,” he said. “If nothing else, his attempt showed Canadians why migrant workers are essential to food production in Canada.”

Solymar said reports of the outbreak prompted some worried residents to ask if Ontario asparagus is safe to eat.

“There’s no proof that produce carried COVID,” Solymar said. “Fresh produce is not a risk.”

Seven of Scotlynn’s 216 migrant workers are in hospital. The remainder are in self-isolation in hotels or on the farm, where groceries are being brought in. Biddle said workers continue to receive their full pay.

The farm is closed to visitors, and the offices, bunkhouses, company vehicles and equipment have been professionally cleaned and disinfected.

“We want to reassure everyone that it is our desire to return everyone to work as soon as it is safe to do so,” Biddle said.

Rethinking the disrupted US food system from the ground up

The global impacts of China's growing demand for food
October 19, 2021