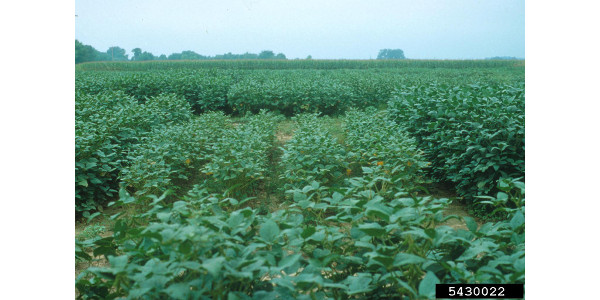 BLOOMINGTON, Ill. — New research funded by the Illinois Soybean Association (ISA) checkoff program is looking at cover crops, including winter wheat, as potential aids in the battle against soybean cyst nematode (SCN). The study builds on previous trials in Illinois and Kentucky that showed promise for use of cover crops to reduce SCN egg populations.

“These were limited trials, but if we can repeat these findings, we’ll help show that adding wheat or grass covers to the rotation before soybeans can provide another tool for managing SCN,” says Dan Davidson, Ph.D., ISA research technical coordinator.

“SCN remains the number one cause of yield loss in soybeans, taking as much as 30 percent of soybean yield potential even if there are no visual symptoms,” notes Bond.

The research team has already gained significant knowledge after collecting SCN samples last fall to establish baseline counts. Tests of the samples showed egg counts ranging from 0 to 37,600 eggs per 100 cc of soil (about a half cup.) An egg count of more than 2,000 is considered cause for concern. More than half the samples—14 of 22—showed counts above this threshold.

“In 17 years of in-field trials, I’ve never seen such wide swings in sample counts,” says Bond. “Counts of 2,000 or above, from about a half cup of soil, require increased management. And this range in egg counts reinforces how important it is to test for SCN every couple of years.”

Researchers will compare the fall baseline counts with spring SCN populations to determine the effect of grass and wheat cover crops.