Home / DelMarVa / Cover crops make vineyards more sustainable
A new user experience is coming! We'll be asking you to login to your Morning Ag Clips account March 1st to access these new features.
We can't wait to share them with you! Read more here. 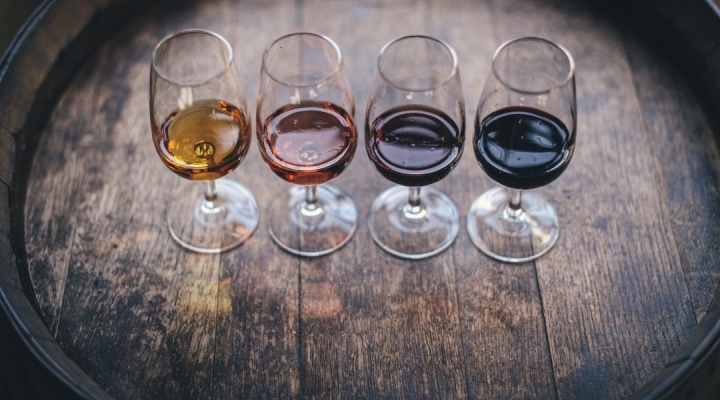 Growing cover crops under grapevines in vineyards can reduce erosion, enhance soil health, reduce herbicide use and improve water quality, according to a team of Penn State researchers, who suggest that growers can promote improved sustainability in production as part of a marketing strategy that may result in consumers being willing to pay more for wine.(Photo by Maksym Kaharlytskyi on Unsplash)

UNIVERSITY PARK, Pa. — Growing cover crops under grapevines in vineyards can reduce erosion, enhance soil health, reduce herbicide use and improve water quality, according to a team of Penn State researchers, who suggest that growers can promote improved sustainability in production as part of a marketing strategy that may result in consumers being willing to pay more for wine.

“With so many wineries not only in Pennsylvania but throughout the country vying for consumer dollars, emphasizing sustainability is one way to differentiate themselves from competitors,” said researcher Kathy Kelley, professor of horticultural marketing and business management. “We know that Gen Z and millennial consumers, especially, have a profound interest in sustainability and are very environmentally conscious.”

A large percentage of both groups — and many older consumers, too — will respond favorably to winery marketing that emphasizes the sustainability of their operations, she added.

“But in today’s world, sustainability can mean almost anything, and we’re seeing a consumer group that wants to be educated and wants to know exactly what is going on with sustainable wine production,” Kelley said. “So, being descriptive about what it actually means to include cover crops in a vineyard is a way to be attractive to them.”

Cover crops in vineyards are increasingly relevant, contends another member of the wine and grape team in the College of Agricultural Sciences, Michela Centinari, associate professor of viticulture. She pointed out that excessive precipitation events have greatly increased in frequency and severity in some grape-growing regions, including the U.S. Northeast, due to climate change.

“These heavy downpours result in myriad problems in vineyards, including erosion and soil runoff, nutrient leaching, excessive vine vegetative growth, and diseased fruit,” she said. “The negative impacts of excessive precipitation events on vineyards are made worse by the maintenance of bare soil under the vines.”

Centinari co-authored a study to determine whether vegetation growing under and around vines could solve these problems, and it turns out it can. In findings recently published in Frontiers of Plant Science, Centinari and Justine Vanden Heuvel, a plant scientist at Cornell University, demonstrated that either natural or seeded “under-vine vegetation” can help mitigate many of the problems associated with excessive precipitation.

The cost of seeding and mowing under-vine vegetation — or cover crops — can be far greater than applying herbicides, Kelley noted, but she suspected that many consumers are willing to pay more for a wine they know is produced more sustainably. To find out, she conducted a study to characterize several wine consumer groups that were “likely” to sample — taste before purchasing — wine from vineyards using cover crops.

Kelley and colleagues recently reported in International Journal of Wine Business Research that 72% of 956 wine consumers from the mid-Atlantic region surveyed were willing to pay $18.99 for a 750-ml bottle of wine, which included a $1 surcharge to cover associated sustainable production costs, including cover crops. Additionally, of that group, 26% — 195 wine consumers — indicated that they would be willing to pay $20.99 for that same bottle of wine.

“Our results should motivate grape growers in Pennsylvania and beyond to consider implementing this marketing sustainability strategy to align their brand with environmentally friendly practices,” Kelley said. “Growers often need to be convinced that consumers are willing to pay for tactics like using cover crops in vineyards.”

Helene Hopfer, Rasmussen Career Development Professor in Food Science; Marielle Todd, a graduate student in food science when the study was conducted, now a sensory technologist at The Boston Beer Co.; and Centinari contributed to the research.

The Pennsylvania Wine Marketing and Research Board and the U.S. Department of Agriculture’s National Institute of Food and Agriculture supported the research.