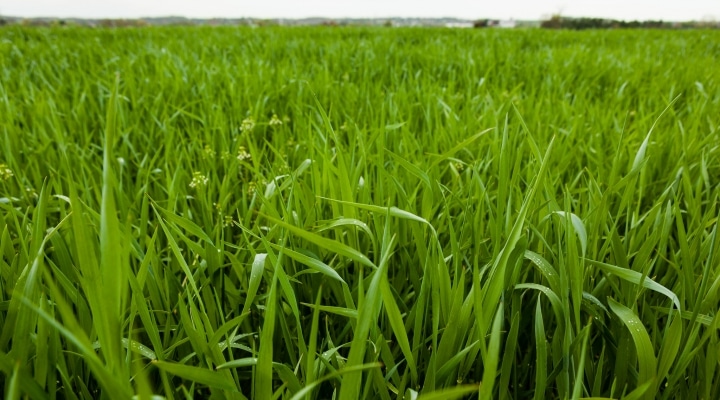 To judge the overall effectiveness of cover crops and choose those offering the most ecosystem services, agricultural scientists must consider the plants’ roots as well as above-ground biomass, according to Penn State researchers who tested the characteristics of cover crop roots in three monocultures and one mixture. (photo by Chesapeake Bay Program, Creative Commons/flickr.com)

UNIVERSITY PARK, Pa. — To judge the overall effectiveness of cover crops and choose those offering the most ecosystem services, agricultural scientists must consider the plants’ roots as well as above-ground biomass, according to Penn State researchers who tested the characteristics of cover crop roots in three monocultures and one mixture.

“Almost everything that we know about the growth of cover crops is from measuring the above-ground parts and yet some of the benefits that we want to get from cover crops come from the roots,” said researcher Jason Kaye, professor of soil biogeochemistry. “This study shows us that what we see above ground is sometimes — but not always — reflective of the benefits below ground.”

Cover crops are widely used to increase the quantity of organic carbon returned to the soil between cash crops such as corn, wheat and soybean, as well as to limit erosion and to fix or add nitrogen to the soil. Cover crop roots are known to play an essential role in increasing soil organic carbon levels, Kaye noted, but the root traits that impact carbon levels vary widely among cover crop species, and this variation has yet to be characterized.

Recently, Kaye pointed out, cover crop mixtures have expanded in popularity as a way to increase the diversity of cover crop benefits. His research group in the College of Agricultural Sciences has been conducting a continuous experiment evaluating the effectiveness of various cover crop mixtures since 2011.

They tested the quantity, quality and spatial distribution of those cover crop roots to learn about root-trait variation among species, and how that variation impacts mixture design. They took root cores from in-row and between-row locations to a depth of about 16 inches in both fall and spring from cover crops planted after winter wheat.

Researchers also assessed cumulative carbon inputs for the entire rotation to determine cover crop and cash crop root carbon contributions. They measured the vertical and horizontal distribution of root biomass, the ratio of root biomass to aboveground biomass – known as the root-to-shoot ratio — and related that to the amount of nitrogen in the plants to determine how these parameters differed between cover crop treatments.

“The corn crop was more productive following the mixtures than following grasses, and while we harvest a lot of that productivity, some gets left behind in residues,” he said. “I think this is really interesting because it shows that the effect of cover crops on soil carbon are not just related to their own roots and shoots, but also how they affect growth of the cash crops.”

“The five-species mix was associated with increased quantity and distribution of roots compared to a crimson clover monoculture, which shows the benefits of combining legumes that have limited root biomass with brassica and grass species that produce greater root biomass, but  provide more nitrogen,” said Amsli. Now an extension associate in the Soil and Crop Sciences Section in the School of Integrative Plant Sciences at Cornell University, he was a graduate student in the Department of Ecosystem Science and Management at Penn State when he spearheaded the research.

The study is important because the increased knowledge of cover crop root traits it yielded improves the understanding of the linkages between root traits and the services cover crops provide, Kaye explained. Going forward, he expects to find cover crops and design cover crop mixtures that deliver unexpected ecosystem benefits and added boosts to cash crops that follow.

“We’ll now be able to think about what we want to occur in the soil and then design mixtures that have the root traits that are best able to provide those benefits,” he said. “Advancing research on cover crop root traits serves as a strong foundation for designing mixtures with complementary root traits. I envision that we will exploit lots of different cover crop plants for different traits, both above and below ground.”

This research was funded by the U.S. Department of Agriculture’s National Institute of Food and Agriculture, Organic Research and Extension Initiative.

Learn how to apply for loans on your dairy farm business with webinar
September 14, 2020