Home / National / Court strikes Trump EPA rule for full-year 15% ethanol sales
A new user experience is coming! We'll be asking you to login to your Morning Ag Clips account March 1st to access these new features.
We can't wait to share them with you! Read more here. 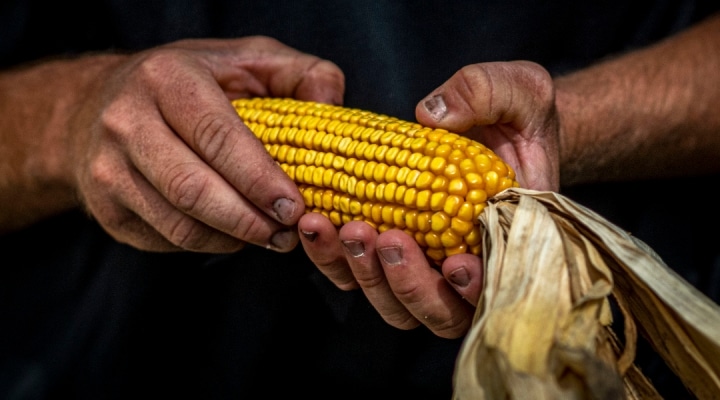 "It does not make sense to reinstate barriers that could inhibit market access to a cleaner-burning fuel choice that combats climate change,” said Carl Jardon, a farmer from Randolph, Iowa, and president of the Iowa Corn Growers Association. (U.S. Department of Agriculture, Public Domain)

DES MOINES, Iowa (AP) — A federal appeals court on Friday threw out a Trump-era Environmental Protection Agency rule change that allowed for the sale of a 15% ethanol gasoline blend in the summer months.

The decision deals a significant blow to the ethanol industry and corn farmers who grow the crop from which the fuel additive is made. They had anticipated increased ethanol demand through year-round sales of the higher blend.

Most gasoline sold in the U.S. today is blended with 10% ethanol. Corn farmers and ethanol refiners have pushed for the government to allow the widespread sale of a 15% ethanol blend.

The Trump administration made the change to fulfill a campaign promise to Midwest farmers. The EPA under President Donald Trump announced the change in May 2019, ending a summer ban on the E15 blend. Provisions of the Clean Air Act have prohibited the sale of certain fuels with a higher volatility from June 1 through Sept. 15 to limit smog. Congress has allowed 10% ethanol, and the EPA in its 2019 ruling revised the interpretation of the exemption to federal law to include the 15% ethanol blend.

Ethanol supporters contend that using more of the corn-based renewable fuel is better for the environment and helps meet federal climate change goals.

Three judges on the U.S. Circuit Court of Appeals for the District of Columbia issued Friday’s decision. They said it’s clear from federal law that Congress balanced “wide-ranging economic, energy-security, and geopolitical implications” and that the wording of the law “reflects a compromise, not simply a desire to maximize ethanol production at all costs.” They concluded Congress did not intend to allow ethanol blends higher than 10% to be widely sold year-round. They said the EPA overstepped its authority.

The American Fuel & Petrochemical Manufacturers, the trade group for the petroleum industry that challenged the EPA decision, said the court simply followed government’s interpretation of the law in effect for 30 years.

“There is no ambiguity in statute and the previous administration’s reinterpretation overstepped the will of Congress,” said AFPM President and CEO Chet Thompson.

The Iowa Corn Growers Association said it will continue to work with the Biden administration, Congress and state officials to maintain consumer access to E15 year-round.

“It does not make sense to reinstate barriers that could inhibit market access to a cleaner-burning fuel choice that combats climate change,” said Carl Jardon, a farmer from Randolph, Iowa, and president of the Iowa Corn Growers Association.

The decision is the second major court defeat for the ethanol industry in a week. On June 25, the U.S. Supreme Court said some petroleum refiners may exempt themselves from requirements to blend ethanol into the gasoline they produce, further cutting into the amount of ethanol blended into the national fuel supply.

Ethanol supporters could ask the full D.C. Circuit Court to review the decision of the three-judge panel. They also could ask Congress to change the law to allow for year around E15 sales.

The industry is hoping this year’s sales will not be curtailed because by the time the court issues its mandate and the EPA is required to comply most of the summer season will have passed.

This is the third summer E15 sales have been allowed and there were indications sales were increasing. Sales jumped 24% in Iowa from 2019 to 2020, surpassing 60.5 million gallons in 2020, the Renewable Fuels Association reported. That increase was despite a 14% drop in the state’s overall petroleum consumption from 2019 levels due to fewer people driving because of he coronavirus pandemic.