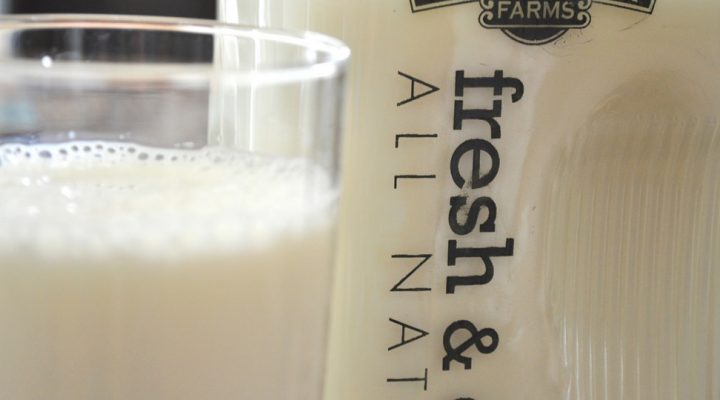 The dictionary definition of skim milk is simply milk with the cream removed. But the Department of Agriculture says under state and federal law, skim milk can't be sold as skim milk unless vitamins in the milk fat are replaced so it has the same nutritional value as whole milk. (Roxanne Ready, Flickr/Creative Commons)

TALLAHASSEE (AP) — A small, all-natural dairy isn’t being deceptive when it calls its skim milk “skim milk,” a federal appeals court has ruled — a victory for a Florida creamery that fought the state’s demand to label the product “imitation” because vitamins aren’t added to it.

The ruling overturns a decision last March when a federal judge sided with the Florida Department of Agriculture, which said the Ocheesee Creamery couldn’t label its skim milk “skim milk” because the state defines the product as skim milk with Vitamin A added. The state instead said that if the creamery wanted to sell the product, it should label it as “imitation” skim milk.

That didn’t sit well with a dairy whose whole philosophy is not to add ingredients to natural products. So instead of complying, the creamery has dumped thousands of gallons of skim milk down the drain rather than label it as an imitation milk product.

“The State was unable to show that forbidding the Creamery from using the term ‘skim milk’ was reasonable,” the three-judge, Jacksonville-based panel wrote in its ruling.

The court said the state disregarded far less restrictive and more precise ways of labeling the product, “for example, allowing skim milk to be called what it is and merely requiring a disclosure that it lacks vitamin A.”

The Institute for Justice is representing Ocheesee Creamery owner Mary Lou Wesselhoeft in the lawsuit against the state.

The creamery, about 50 miles (80 kilometers) west of the state capital, has offered to put on its label that it doesn’t add vitamins to the product, but the state hasn’t accepted the compromise. It was selling between 100 and 300 gallons (380 to 1,140 liters) of skim milk a week for $5 a gallon before the dispute. The product made up about 25 percent of its profits.

The dictionary definition of skim milk is simply milk with the cream removed. But the Department of Agriculture says under state and federal law, skim milk can’t be sold as skim milk unless vitamins in the milk fat are replaced so it has the same nutritional value as whole milk.

Weed control starts with the seeds