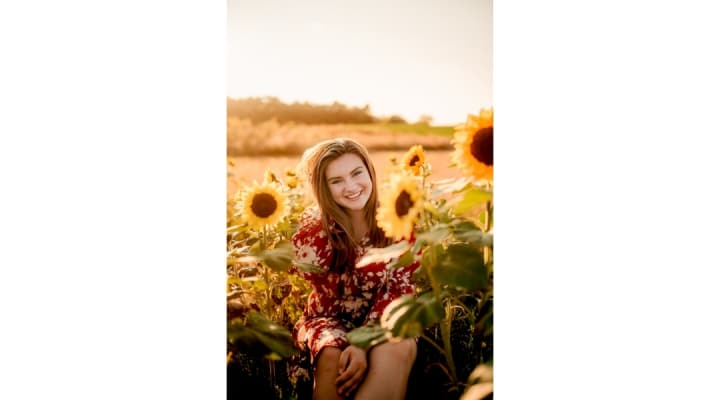 Reilly Wolfanger plans to attend SUNY Morrisville and major in Agriculture Business with a minor in Horticulture.

WARSAW, N.Y. — Reilly Wolfanger was chosen as the Wyoming County Farm Bureau winner by New York Farm Bureau’s Promotion and Education Committee. The class of 2021, Perry High School student competed against other finalists from their County Farm Bureau and will now advance to the district level competition in hopes of winning the New York Farm Bureau Youth Agricultural Scholarship. Each year the state organization awards $1,500, $1,200, and $1,000 scholarships to three high school seniors who are interested in studying agriculture in college.

Reilly, the daughter of Colleen Klein/Jesse Wolfanger, is a very well-rounded student and has participated in a range of extracurricular activities such as Future Farm/Business Leaders of America, Yearbook, and National Honors Society.

Reilly plans to attend SUNY Morrisville and major in Agriculture Business with a minor in Horticulture.

The competition begins at the county level where Reilly and other students competed against one another for the right to be named the Wyoming County Scholarship Winner.  Reilly was required to write an essay discussing an issue facing agriculture in their county with suggestions of how they think NYFB can support members who may deal with this issue? Her application and essay were both reviewed by the judges, and both factored into her final score.

“We are excited to be able to provide this opportunity to our local students and would like to congratulate Reilly for being selected as the county winner,” said Don Gasiewicz, Chair of the Wyoming County Promotion and Education Committee. “Reilly and all of the other finalists have clearly demonstrated their understanding of agriculture and are committed to studying it at the college level. We with them the best of luck.”